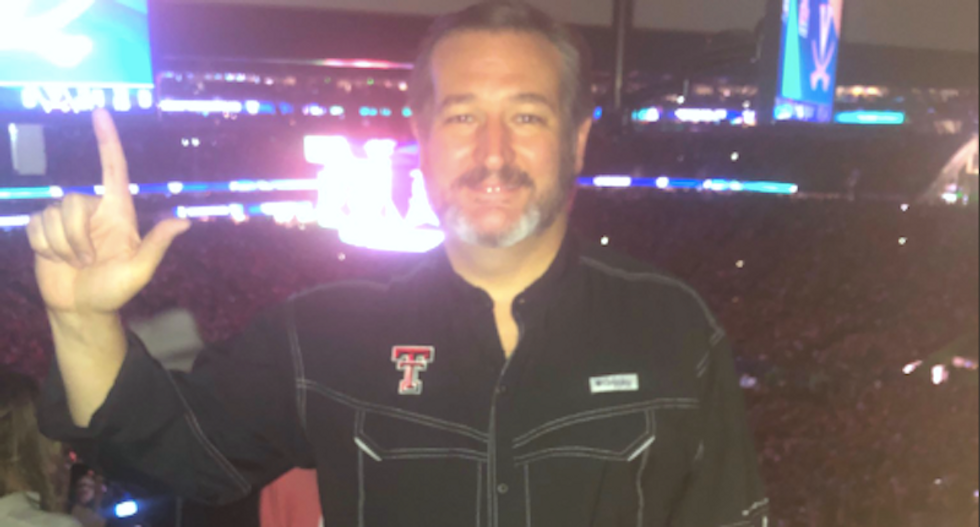 The GOP senator cheered on Texas Tech, whose championship bid came up short in overtime against Virginia, and other Twitter users mocked his selfie taken in the upper deck of Minneapolis' U.S. Bank Stadium.

Texas Tech ultimately fell 85-77 in overtime, and other social media users hammered Cruz for celebrating a one-point lead late in the game.

Cruz followed up with another tweet after Texas Tech lost, but that didn't go much better.

A heartbreaking loss, but an AMAZING game. Congrats to @TexasTechMBB for a history-making season. Overtime in the N… https://t.co/UEUYh0LDhH
— Ted Cruz (@Ted Cruz)1554783600.0

@tedcruz @TexasTechMBB Someone needs to pay damages for pain and suffering for designing that shirt.
— todd (@todd)1554783709.0

@tedcruz @TexasTechMBB “What’s even cooler than a pic of me in this teen-style Wrangler shirt looking extremely rel… https://t.co/aEKp7xCTCz
— kyla (@kyla)1554790941.0