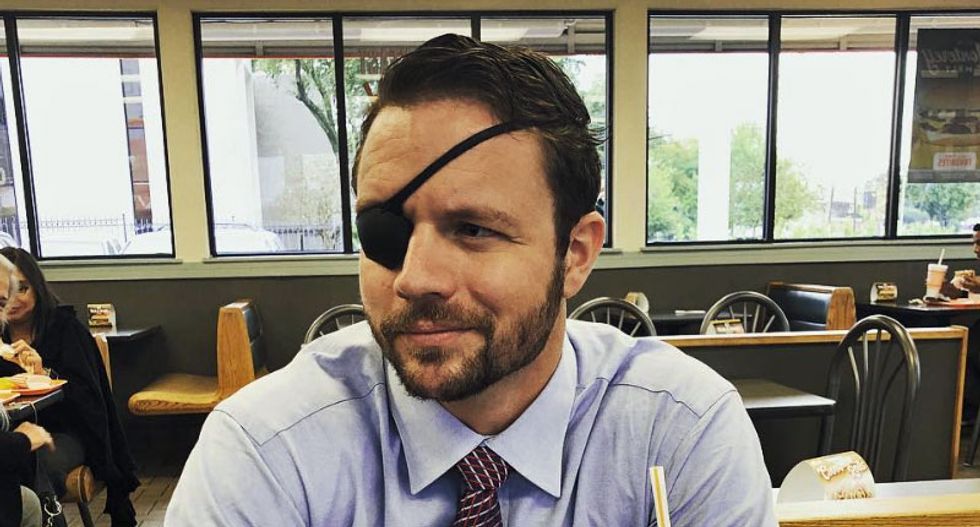 Appearing on MSNBC, regular commentator Zerlina Maxwell singled out Rep. Dan Crenshaw (R-TX) as the culprit that has led the latest racist attack on fellow lawmaker Rep. Ilhan Omar (D-MN) by promoting a heavily doctored video of a speech she gave to CAIR that gained traction when President Donald Trump tweeted it.

Speaking with host Alex Witt, Maxwell said that Omar's life is being put in danger, and laid a majority of the blame on Crenshaw for his ugly attacks on the Muslim lawmaker.

"I understand you need to be careful with your words," Maxwell began. "I don't know if it's because she [Omar] and I are the same age but I have a deep empathy with her as a fellow black woman who sometimes may misspeak or say things that are not as articulate as I would like them to be."

She then tore into the Texas Republican.

"We need to be fair in our critiques instead of like Dan Crenshaw, who legitimately took her way out of context and puts his hands up and acts like he doesn't know why this happened and everybody is attacking her when he actually ginned up this hate against her," she accused.

'The idea people are so naive they couldn't expect she would get an increase in death threats when they're taking her words out of context on purpose in order to generate more death threats, I think that's where we need to put more scrutiny on those folks and their words," she added. "So I would say, Alex, we should look at what Dan Crenshaw said and analyze his words and hopefully he will be more careful and what he's saying in the future."