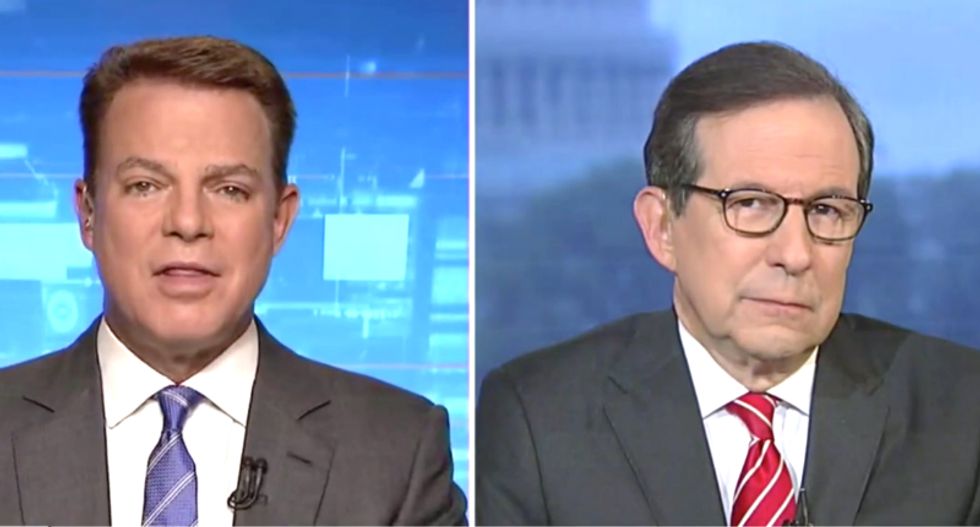 Fox News' Shep Smith and Chris Wallace on Friday laid waste to President Donald Trump's threat to transport detained migrants to Democratic states and so-called "sanctuary cities" in retaliation for his own failure to obtain funding for his long-promised border wall.

"There's cleaning up that needs to be done here. The fact is no Democrat, not one in Congress or otherwise, has called for open borders," Smith began moments after Trump went off script at a press conference to assert that he was still considering the move.

"The law is clear, you can't do this," he added and turned to Wallace. "Is this a talking point for the day? Is this an effort to change the news cycle or the narrative?"

"I have a suspicion, which I'll give you in a second," Wallace said, and then described how in two separate incidents in 2018 and early 2019, the White House suggested that ICE put detained migrants on buses and "dump them on the streets" of sanctuary cities and states.

"Twice ICE said 'you can't do it,'" Wallace went on. "'One, we don't have funding to do it; two, we don't have the buses to do it; three, there's liability. What if there's an accident, what if somebody gets sick or hurt?' All kinds of reasons why they couldn't do it."

"Now, suddenly, quite a surprise to everybody, the president this afternoon comes out with a tweet and says 'no, this isn't over. I'm seriously considering it,'" he continued. "Here's my guess, and it's only a guess."

"This will never happen," Wallace said. "This is the president saying 'we're not going to cower and try to pretend we didn't really do this. I'm going to double down and suggest it. My base will like it.'"

"Will it happen? I would be shocked."