'Tick tock sweetheart': Trump gets brutally mocked for his 'embarrassing' rant about impeachment 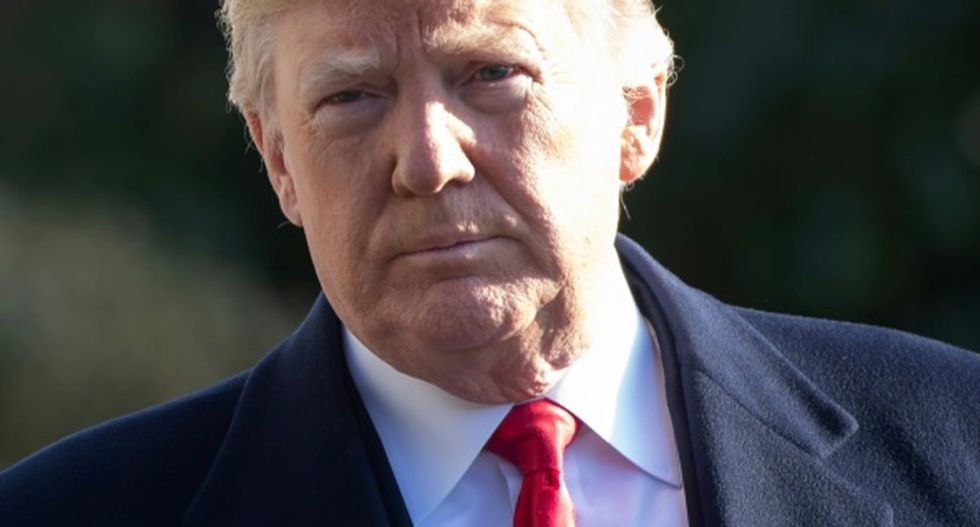 Four days after the release of Attorney General William Barr's redacted version of the Mueller report President Donald Trump is both claiming it exonerates him while attacking Mueller's team and the report.

And now he's gaslighting Americans about the meaning of "high crimes and misdemeanors," and what acts rise to the level of impeachable offenses.

Only high crimes and misdemeanors can lead to impeachment. There were no crimes by me (No Collusion, No Obstruction… https://t.co/DorpeX0Qm1
— Donald J. Trump (@Donald J. Trump)1555940861.0

Trump is wrong on all counts. Notice, also, he's neglected to include treason and bribery.

"The President, Vice President and all civil Officers of the United States, shall be removed from Office on Impeachment for, and Conviction of, Treason, Bribery, or other high Crimes and Misdemeanors."

The Constitution does not define bribery, or "high Crimes and Misdemeanors."

And the Mueller report in no way exonerated him, certainly not from obstruction – as much as he claims it did.

Meanwhile, if Democrats committed crimes, why is the Dept. of Justice not investigating  and prosecuting those "crimes"?

On social media, Trump's tweet garnered a good deal of mockery – and attempts to educate the President on impeachment:

Regardless of whether Trump committed the crime of obstruction, “high crimes” do not have to be actual criminal off… https://t.co/Ijh4ltTivR
— Daniel Dale (@Daniel Dale)1555941863.0