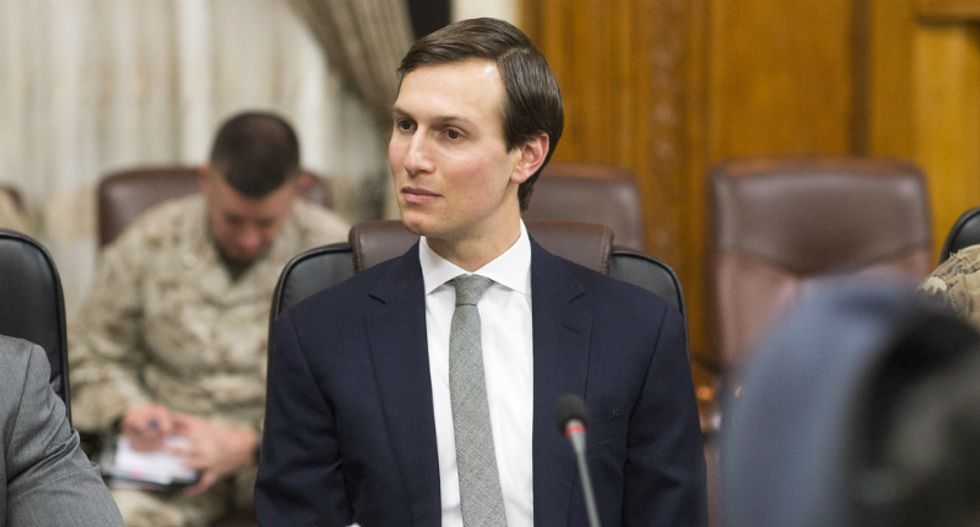 President Donald Trump’s White House is sparing with the House Committee on Oversight and Reform over whether the administration be allowed to place a lawyer in the room during a deposition into how senior advisor Jared Kushner got his security clearance despite failing background examinations.

The impasse was revealed in a letter from the lawyer representing Carl Kline, who headed the White House Presidential Personnel Office.

The letter, by Kline attorney Bob Driscoll of McGlinchey and Stafford, was obtained by The Daily Beast.

“There is a continuing constitutional dispute between the Committee and the White House over both the scope of appropriate questions, and now a seeming conflict over whether the Committee may exclude White House counsel from the deposition,” the letter read. “I am doing my best to manage everyone’s concerns, but again– we have no ability nor authority to resolve this dispute, leaving us caught in the crossfire.”

Kline has been subpoenaed by Rep. Elijah Cummings (D-MD), who chairs the House Oversight committee.

"At issue is a Congressional effort to learn how Kushner and at least two dozen other people working in the White House got security clearances, and whether that process has problems that threaten national security," The Beast explained. "Tricia Newbold, a White House security specialist and career government official, told Congress last month that at least 25 White House employees received security clearances despite the opposition of career officials."