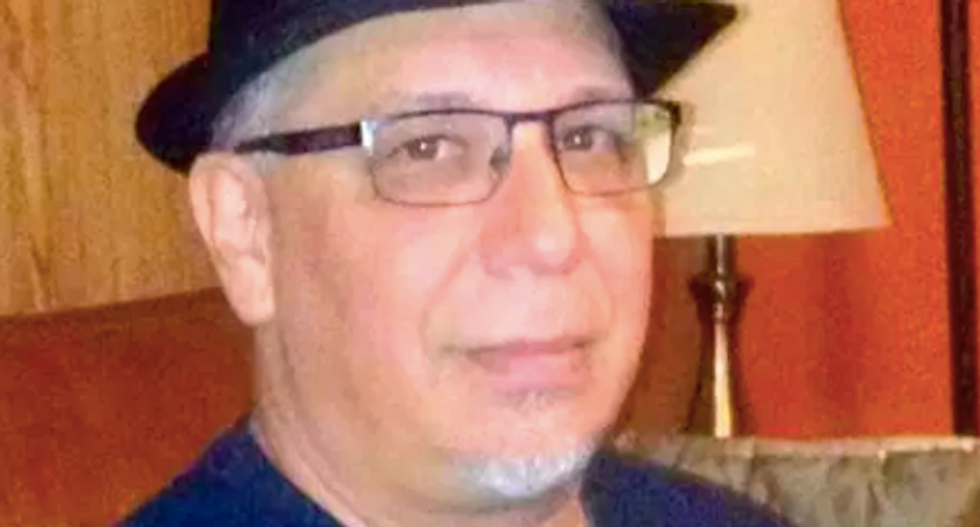 A Donald Trump supporter made threatening posts for years on Facebook before he was charged with threatening a Muslim lawmaker -- and the social media company kept his profile online until reporters asked about him.

The 55-year-old Carlineo was charged two weeks ago with threatening to kill Rep. Ilhan Omar (D-MN), one of the first Muslim women to serve in the U.S. Congress, and his profile remained on Facebook until the newspaper asked about his post history.

“Do you work for the Muslim Brotherhood?" Carlineo asked a staffer in Ilhan's office, according to investigators. "Why are you working for her, she’s a f*cking terrorist. I’ll put a bullet in her f*cking skull.”

Facebook regulations permit content “threatening or calling for violence in facetious and non-serious ways,” and removes posts if there is “a genuine risk of physical harm or direct threats to public safety."

A Guardian analysis of Carlineo's posts show a fixation on the Muslim Brotherhood group and conspiracy theories about secret Islamists serving in the government.

The Addison man had been a registered Democrat until Obama's re-election, when he changed to the New York Independence Party, and denounced his former party in a 2013 Facebook post attacking the nation's first black president and other top Democrats as traitors.

“This president has done more by himself than the muslim did in 8 years,” Carlineo posted in November 2017.

Carlineo posted a photo of Obama and Eric Holder, then the attorney general, wishing that would "end up like the Kennedys," two of whom were assassinated.

He also endorsed a meme asking if "dictator Obama" should be removed by force, saying "it's time," and shared other content suggesting gun violence against the Democratic president and Muslims.

Carlineo posted racist content related to Muslims and pigs at least eight times between 2013 and 2018, according to The Guardian.