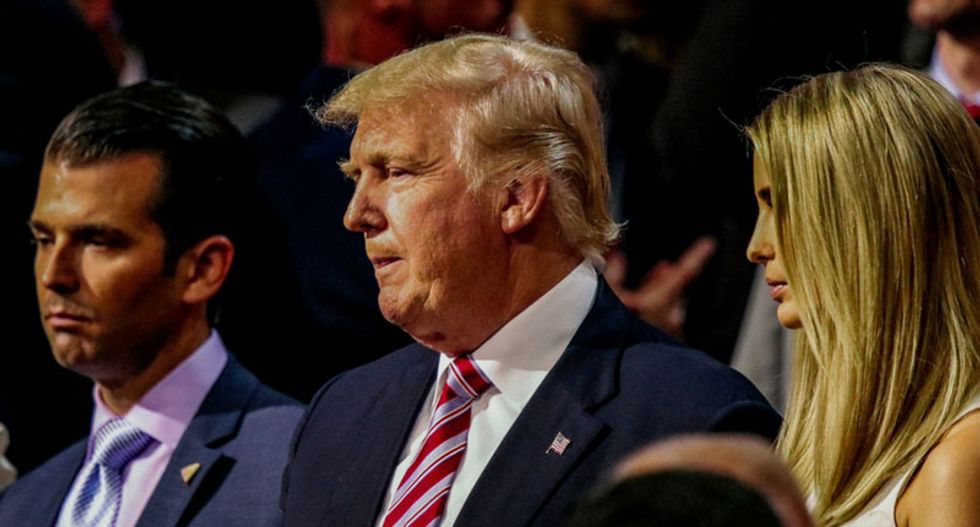 New York's attorney general has turned her sweeping investigative powers to focus on the Trump Organization -- which she has the power to potentially dissolve.

Attorney General Letitia James promised shortly after her November election to "use every area of the law" to investigate President Donald Trump, his family and associates, and his business, reported NBC News.

She recently issued subpoenas to banks seeking information about the Trump Organization and the president's finances, which drew Twitter complaints from Trump, and legal experts say James has "broad power" to go after his business.

New York law allows the attorney general to seek restitution and damages -- or even order dissolution -- if a business is found to have engaged in persistent fraud, and the 1921 Martin Act could allow James to subpoena witnesses and documents without first receiving a referral from the governor or a state agency.

The Martin Act applies to almost any financial transaction conducted in the state, and has been used in the past to pursue securities fraud and other white-collar crimes that are typically handled by federal prosecutors.

New York's attorney general also holds, according to the state Supreme Court, the power to pass a "judgment of corporate death," when a company's crimes are deemed a "harm or menace to the public welfare."

It's not yet clear what crimes James is investigating, but she opened her probe into Trump's banking after his former attorney Michael Cohen told Congress last month that the president had inflated the value of his assets in financial statements he submitted in loan applications, and a source told NBC News her investigation was moving quickly.

That, according to a former New York attorney general, could have potentially defrauded a financial institution or its investors and customers, and a former federal prosecutor said proving fraud should be extremely easy to prove if documents show Trump misled banks about his assets.