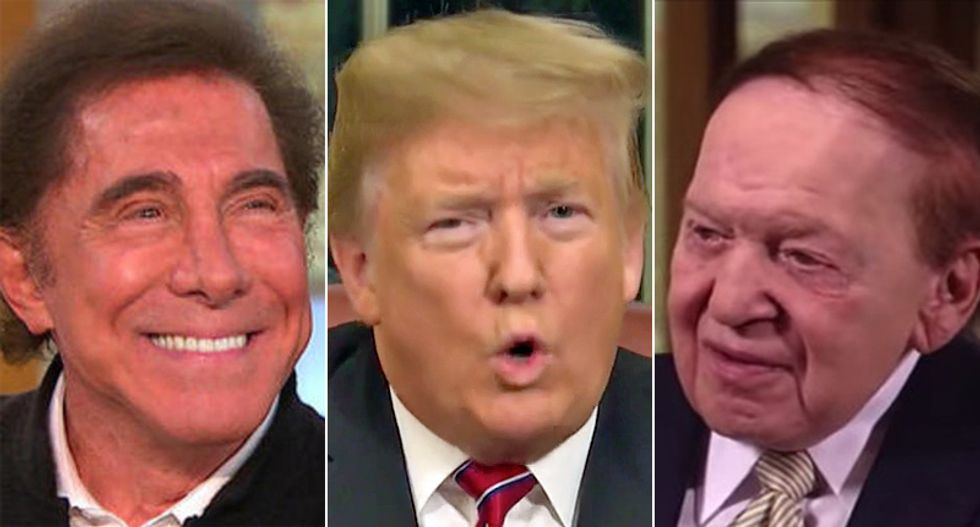 When Air Force One landed, Trump was greeted by Steve Wynn.

"Wynn has kept a low profile since resigning his post as CEO of Wynn Resorts in February 2018, after multiple accusations alleging sexual misconduct by Wynn with subordinates at the casino company," Russ Choma of Mother Jones explained. "Wynn, who denies the allegations, also resigned from his post as the Republican National Committee’s finance chair last year."

"Since the allegations were made public, Wynn’s relationship with the Republican Party has been highlighted by Democrats, who note that despite his resignation from his fundraising post, the Republican National Committee has steadfastly refused to return any of the millions he’s given," he added.

Trump then stopped to see another billionaire Republican donor on way to speak to the Jewish Republican Coalition.

During the 2018 midterm elections, Sheldon and his wife Marian Adelson donated at least $112 million in efforts to protect Republicans' majorities in Congress.