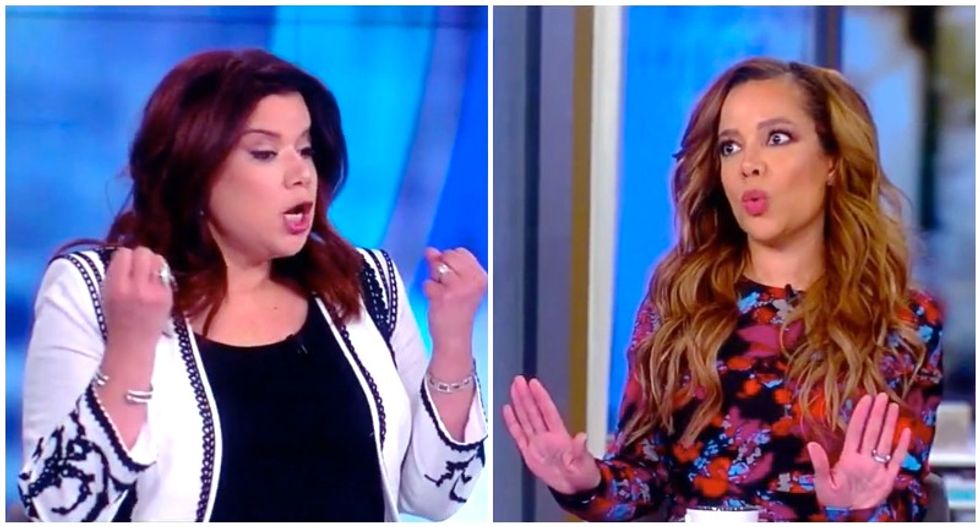 "The View" co-host Sunny Hostin called out her colleagues for downplaying the allegations against Joe Biden -- whose presidential ambitions may be derailed by claims that he made women feel uncomfortable by hugging and touching them.

The show's panelists have largely defended the Democratic former vice president and senator, saying they knew and trusted him and arguing that his actions did not rise to sexual misconduct.

"Some in the media have given him the treatment like he was a sexual harasser," she added. "He is not. He says he gets it -- you know who else has to get it? Women have to get it. The norms have changed, the dynamics have changed. If you feel your personal space is violated, say so, and say so at that moment."

Navarro said, if women weren't willing to have their space invaded, they shouldn't ride the subway or go to concerts -- and Hostin cut in as the audience applauded.

"I have to push back a little bit," Hostin said. "You know I adore you, but in every instance there's a power dynamic. I'm sorry, we're talking about the vice president of the United States. He was stumping for women, there were White House interns. When you have the president of the United States -- vice president, I'm sorry -- making you uncomfortable, you're not necessarily going to feel as a younger woman, or even an older woman, saying, 'Hey, stop it.' You're not going to do that."

"Even me," Hostin added, "I feel that I'm a very empowered woman, and there have been situations where someone made me uncomfortable, and I don't say, 'Hey, stop it.'"

Navarro wasn't persuaded, and dismissed the accusations as political attacks -- before changing the subject to President Donald Trump.

"He's running and they're saying it now," Navarro said. "Women have to learn to say something now. I feel -- you know what bugs the hell out of me? We got a guy in the White House who has over 15 women."

Hostin interrupted, and said that was a false comparison, and then co-host Abby Huntsman chimed in to defend Biden.

"The media can make it a bigger story than it is, and I hope that they don't now focus on how long he hugs women on the campaign trail," Huntsman said. "He's got to announce already, like, announce and talk about the platform. I think you want to start talking about the issues, but I hope they don't linger on how long he shakes hands, and all those things."