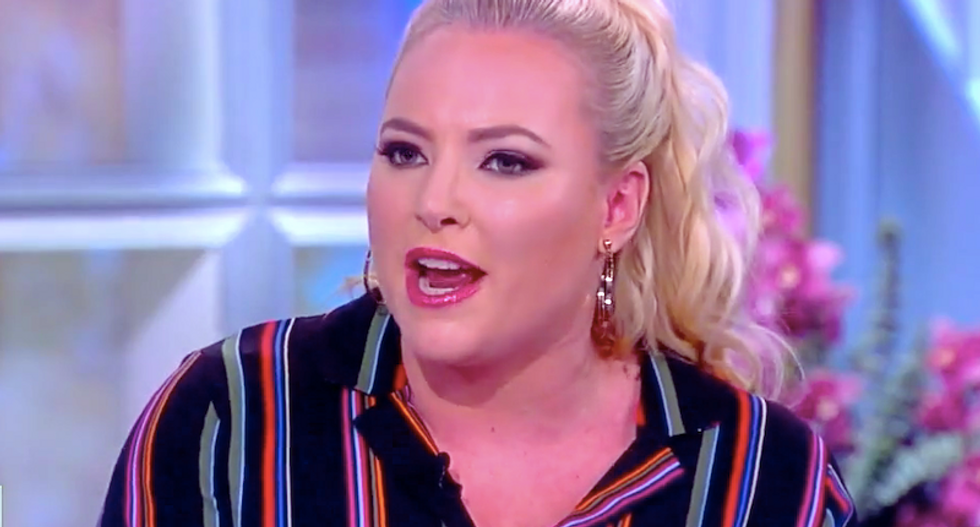 "The View" co-host Meghan McCain got repeatedly shut down for trying to blame Julian Assange on Democrats, after the WikiLeaks founder was arrested for allegedly conspiring to hack the U.S. Department of Defense.

Co-host Abby Huntsman pointed out that President Donald Trump had changed his tune on Assange, calling for the death penalty for publishing classified information in 2010, then repeatedly praising him as WikiLeaks went after Hillary Clinton, and then his administration prosecuted him.

"(Barack) Obama and (Eric) Holder could have done it the year before, and they punted it," Huntsman said. "That's where I get confused. You hear Trump praising the guy, and then they prosecute."

McCain waded in to accuse both sides of hypocrisy.

"Eric Holder didn't pursue prosecution of Assange (over) concerns that WikiLeaks was, quote, a journalistic organization that would raise First Amendment issues," McCain said. "Chelsea Manning was granted clemency. Chelsea Manning in 2010 released 750,000 classified and sensitive documents that put national security documents. Under the Obama administration, she was given clemency."

Host Whoopi Goldberg interrupted and tried to steer her back on topic.

"What's going to happen with him?" Goldberg said. "That's my question."

McCain said she hoped Assange rotted in hell, and co-host Sunny Hostin asked for a chance to discuss the law.

McCain interrupted: "I have to push back hard."

Hostin parried: "Excuse me. You can after I'm finished speaking."

McCain was livid: "What you said was straight propaganda just so we're clear. I'm sorry."

Hostin fired back: "The law is propaganda? I'm sorry."