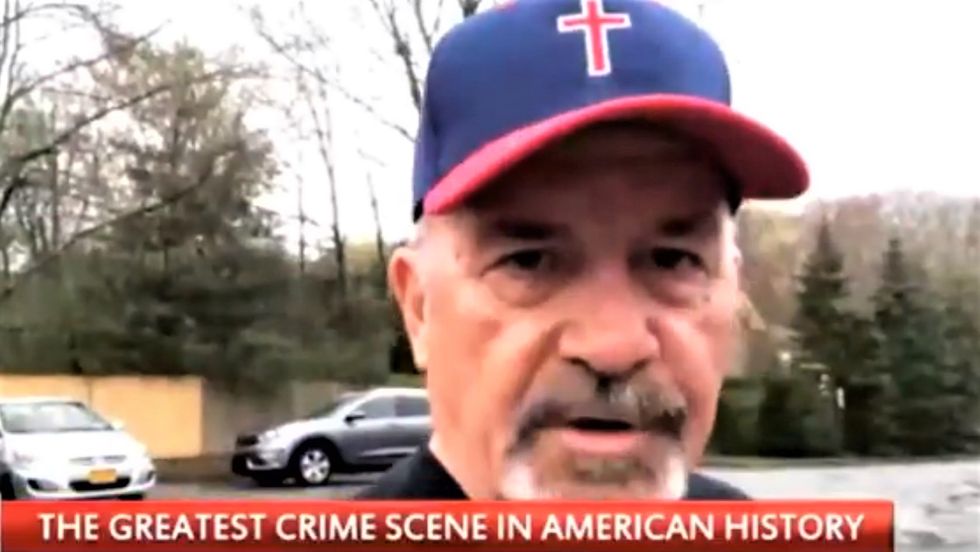 Trump supporter Dave Daubenmire this week drove hundreds of miles to stand outside Hillary Clinton's house in Chappaqua, New York and filmed himself demanding that she be arrested.

A video posted by Right Wing Watch shows Daubenmire, who hails from Ohio, standing outside the Clintons' residence while calling for the former secretary of state to be locked up for assorted purported criminal activities.

"This is one of the greatest crime scenes in American history right here!" Daubenmire exclaimed at the start of the video. "I'm sure we're on cameras, I'm sure the FBI's probably been following me all day, but here's what I think, folks: What would it be like if we had a thousand people out here, petitioning the government to do its job and come and arrest Hillary Clinton!"

Daubenmire then explained to viewers that he drove eight hours to the Clintons' house to inspire people to take to the streets and "demonstrate that we are against this ungodly, secret government" that is supposedly persecuting Christians in the United States.

"Let President Donald Trump know that we're not going to put up with this!" he encouraged his followers.