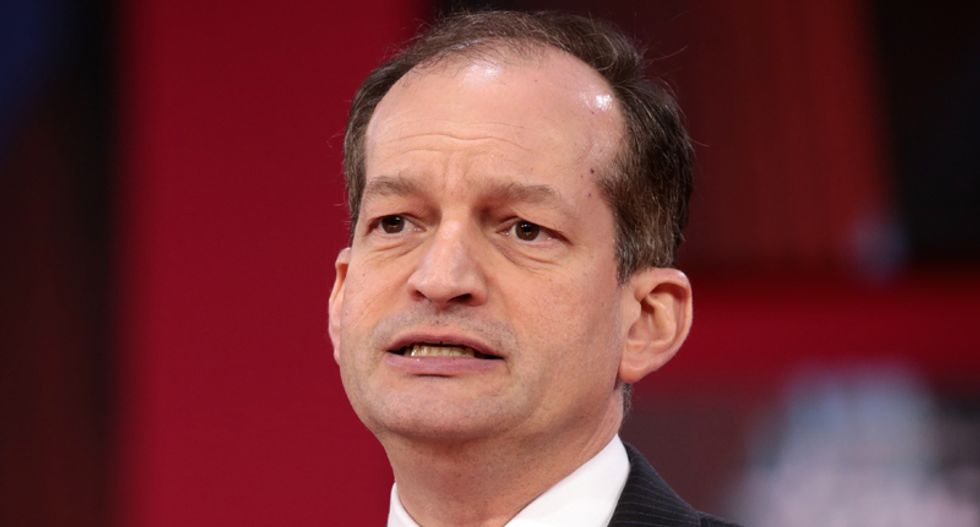 Trump Labor Secretary Alexander Acosta on this week got grilled by Democratic lawmakers over the sweetheart deal he gave to accused billionaire pedophile Jeffrey Epstein.

Earlier this year, U.S. District Judge Kenneth A. Marra’s ruled that Acosta broke the law when he crafted a plea deal for Epstein that did not inform his multiple female accusers, who claimed that Epstein had sex with them when they were teenagers.

While facing lawmakers, Acosta faced angry questions from female lawmakers who said that the Epstein deal compromised Acosta's ability to carry out his duties as labor secretary.

"My community is still very upset about this," said Rep. Lois Frankel (R-FL). "I think we can all agree that a very vile and disgusting man who molested underage girls... really got off the hook."

"How, as secretary of labor, can you tell this panel and the American people, that you can responsibly oversee this budget, the Department of Labor, including [efforts to combat] human trafficking," asked Rep. Katherine Clark (D-MA).

Acosta sat in silence for several seconds and then asked Clark, "Is that a question?"

"That was a question," Clark replied.

"So, as I was saying, the Department of Justice, for the past 12 years, has defended the actions of the office in this case," he replied.