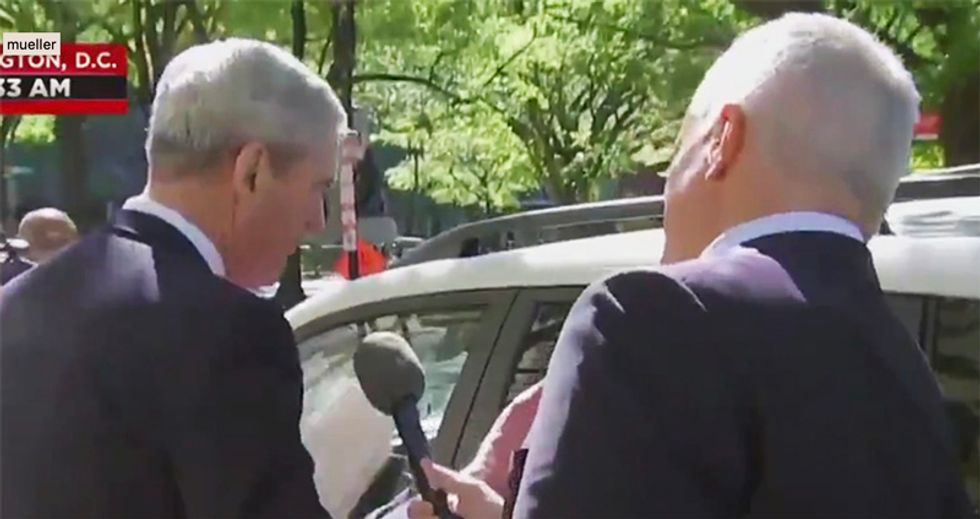 Special counsel Robert Mueller on Sunday refused to talk about his historic report on Russian interference in the 2016 presidential election, saying simply, “no comment,” when asked a series of questions by MSNBC reporter Mike Viqueira.

As Axios reports, Mueller was leaving church on Easter Sunday when Viqueira approached him and asked him about the report and its implications for Donald Trump.

“Sir, could I ask you a couple questions: will you testify before Congress, sir?” Viqueira asked as Mueller struggled with his car door.

“Are you sure about that, sir?” Viqueira continued before asking: “If he were anybody but the president, would Mr. Trump be indicted, sir?”

Mueller continued to ignore the reporter’s questions, including why he declined to make a recommendation on the issue of whether Trump obstructed justice, and whether Attorney General William Barr’s summary and characterization of the Mueller report were accurate.

A separate reporter or tv cameraman can be heard asking Mueller about his vacation plans.