White House made it clear they were 'trying to hide' evidence from Mueller: Omarosa 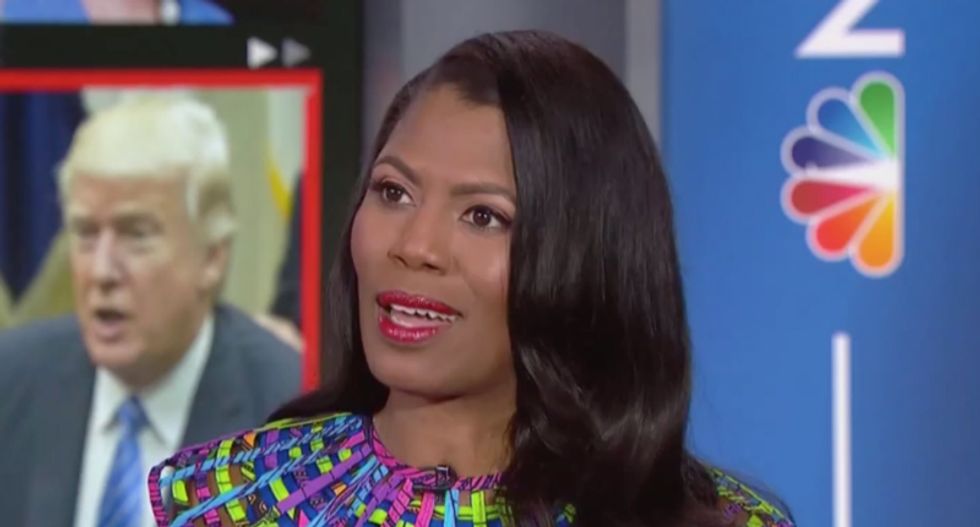 Omarosa Manigault, former political aide to President Donald Trump, told MSNBC Wednesday that the while the White House never "directly" ordered her to destroy documents related to the Mueller report, they made it quite clear they were "trying to hide" evidence.

"He wants to run out the clock," Manigault said. "He thinks he can run down the clock and that people will stop being concerned about it. We should really not just focus about what he is telling people to do or say, but how he's asked people to destroy documents, to destroy e-mails, in my case two boxes of campaign-related materials that the White House still has in their possession, that they claim they don't have or don't know what happened to it."

"What was in the boxes?" asked host Craig Melvin.

"All e-mails related to the campaign that I'm sure Congress will be as interested as the Mueller team was," Manigault replied.

"Were you ever told or encouraged to destroy potential evidence?" pressed Melvin.

"I wasn't told directly, but they were very clear about not wanting us to share those things," Manigault said. "Right after the campaign, the day after, they took our e-mails down and told us we had no access to it, wouldn't even allow us to get lists off. They were certainly working to try to hide the things that we now know are involved with this investigation."