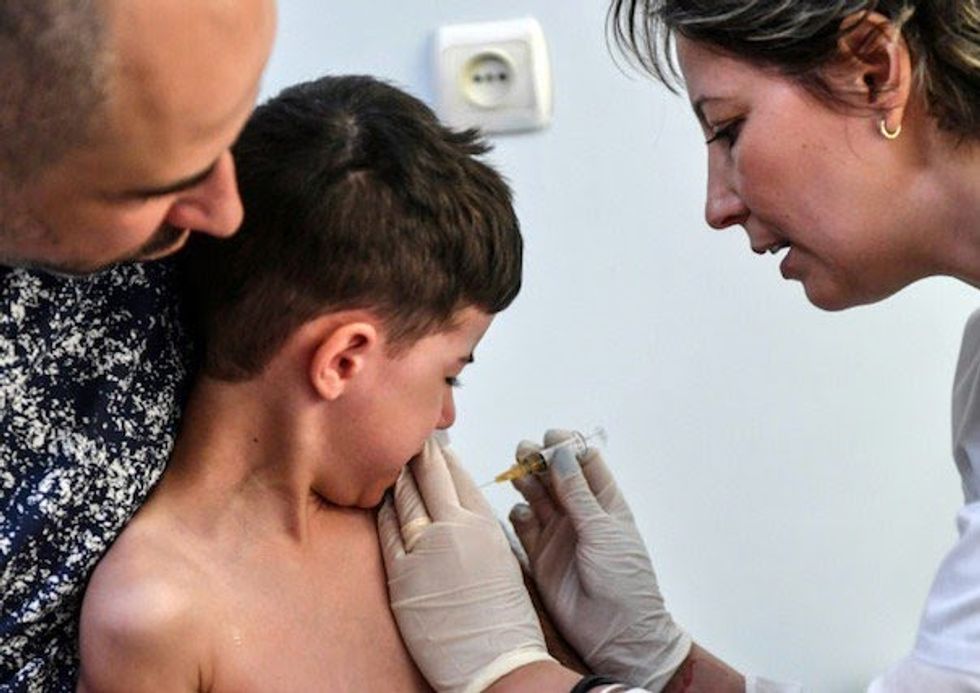 The overall global fight against measles had made big strides since 2000, which makes the recent setbacks frustrating for WHO AFP/File / Daniel MIHAILESCU

Taking up the case of Massachusetts General internist Dr. Monique Tello, the Boston Globe reports that anti-vaxx activists are attacking doctors who have called out their conspiracy theories by posting fake reviews on social media.

According to the report, Tello urged parents to get their children -- and themselves -- vaccinated despite what they hear from the anti-vaxxers claim on children's health forums or social media platforms.

Her comments immediately made her a target.

Following her online advice, she was on the receiving end of over 100 negative reviews and one-star ratings on widely-viewed doctor rating websites.

According to Tello, none of the bad reviews came from patients she has seen, and she had to threaten a lawsuit to get the bogus reviews pulled -- despite the damage the smears had already done to her reputation.

The Globe notes this is just the latest in the war between the anti-science vaccine conspiracists -- who continue to use a debunked study linking the measles, mumps, rubella (MMR) vaccine to autism -- and doctors who are assuring the public to vaccinate their kids and protect them from measles and chickenpox outbreaks that are ravaging communities.