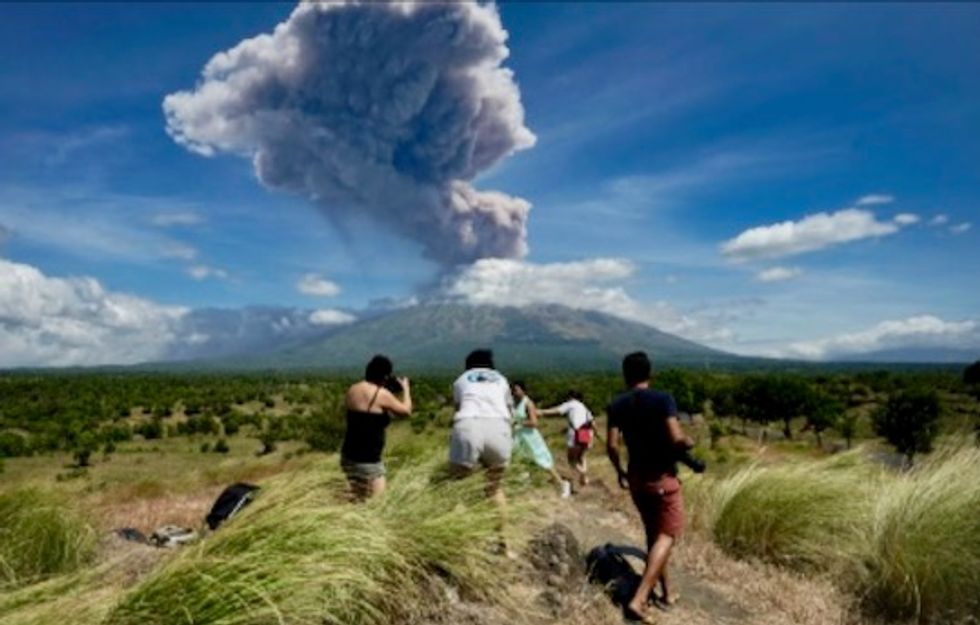 A volcano on the Indonesian island of Bali erupted Friday, spewing a plume of ash and smoke more than 2,000 metres (6,500 feet) into the sky.

Mount Agung, about 70 kilometres from the tourist hub of Kuta, has been erupting periodically since it rumbled back to life in 2017, sometimes grounding flights and forcing residents to flee their homes.

The latest eruption shortly before noon on Friday shot a cloud of volcanic ash high into the sky, but caused no disruption to flights, Indonesia's geological agency said.

Agung remained at the second highest danger warning level, and there is a four-kilometre no-go zone around the crater.

Last summer, dozens of flights were cancelled after Agung erupted, while tens of thousands of locals fled to evacuation centres after an eruption in 2017.

Indonesia is situated on the Pacific "Ring of Fire", a vast zone of geological instability where the collision of tectonic plates causes frequent quakes and major volcanic activity.