Banksy: graffiti has become more valuable for what it is than what it says 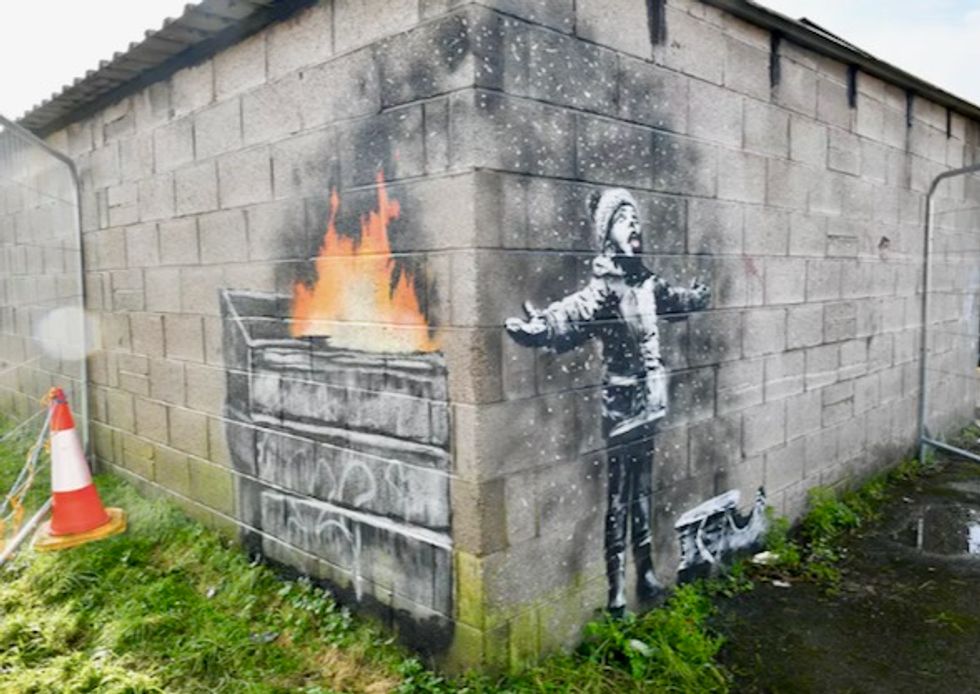 On the side of a garage in Port Talbot, south Wales, a new Banksy artwork appeared. The piece, titled “Season’s Greetings”, very quickly brought thousands of visitors to the town. And by January 2019 there was so much interest in it that art dealer John Brandler paid a “six-figure sum” for the graffiti.

The decision to sell the Banksy sparked some controversy, with the most prominent concern being that Brandler would take the work away from Port Talbot, removing a valuable tourist draw. But Brandler has moved the work to a new Street Art Museum (SAM) in the town, alongside works by other famous street artists such as Blek le Rat and Pure Evil. He has guaranteed its exhibition there for the next three years and even promised locals free entry.

Residents were happy, but a few still wondered if graffiti or street art belongs in a museum at all. Some say that privatising street art is counter to the nature of the form, that graffiti in a museum is like a tiger in a cage.

Sure, street art can still be powerful and beautiful in a gallery, but an essential piece of it is lost by disconnecting it from its natural setting and locking it in a confined and controlled space. But Brandler owned the work, and wanted it as a centrepiece for SAM, which will attract visitors, so in it went.

Season’s Greetings depicts a small boy with a sledge dressed in winter attire looking up sticking his tongue out to catch what appear to be falling snowflakes. The other half of the image – painted around a corner – depicts a dumpster fire emitting smoke and ash. The corner is the key, asserting on the viewer how unaware the boy is of his predicament.

It has been photographed and posted hundreds of times since it was painted, but most tellingly on Banksy’s Instagram feed. There it’s pictured with the local steelworks looming behind, making an allusion that the piece is a commentary on Port Talbot’s air pollution. The town’s levels of one type of particulate matter (PM10) are among the highest in the country, and this has been largely attributed to emissions from the steelworks. Although it must be noted that in recent months owner Tata Steel has pledged to introduce new measures to reduce emissions from the site.

The debate over whether artworks like this should be moved and placed in museums is overshadowed by the prestige and prosperity that possessing a Banksy can bring to a city, and the associated tourism money that comes with it. But sociologically speaking Banksy’s work is valuable for two reasons. First, because people pay attention to it. French philosopher Guy Debord wrote about the “society of the spectacle” in 1967 but his ideas are very relevant to Banksy today. Debord would say Banksy’s value is achieved through the attention his work receives, and how that collective attention reflects off his art and back onto the audience as evidence that the work is inherently valuable. Simply put, people paying sufficient attention to a Banksy (or indeed any artwork) makes it a spectacle, which grants it legitimate commercial value.

But Banksy’s work also has value because of something essential – what sociologist Howard Becker would call its “maverick” qualities. Mavericks, Becker says, are those who push the boundaries of their forms and expand conventions. Banksy is a maverick in both the graffiti and conventional art worlds, expanding what graffiti can be and say, and pushing the boundaries of what conventional art can look like. As such his work has intrinsic, innovative value as well as commercial value. 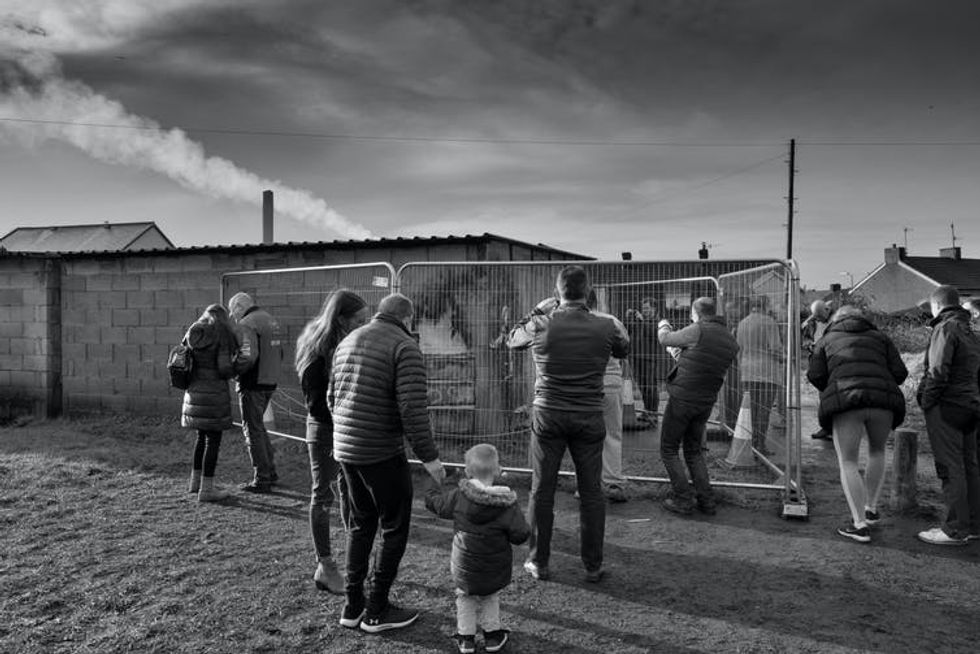 The value of Banksy’s work comes in part from people paying attention to it.

While this is valid motivation for privately exhibiting the work, using the Banksy as a tourist draw does little more than commodify it and reduce its value to who produced it. Commodifying it says “this is a Banksy, it is important and valuable because it is a Banksy, and as such it is worth you paying to see it in person”. But this framing of the work imposes itself in a way that obscures the graffiti’s unambiguous and conspicuous message. The commercial value of the Banksy, its privileged place in a museum, and the security protecting it all tell the observer that it is precious for what it is and who produced it, not what it says. Its legitimacy and authority are byproducts of its exchange value and not its social commentary.

The Port Talbot Banksy’s commentary, though open to interpretation, is that the harms of pollution are suffered the most by those who are the least responsible for the conditions, the most vulnerable to them, and the least aware of them – children. If the town’s pollution is not dealt with the town’s children will be the ones who suffer its effects. But promoting this message is not in the town’s financial interests. It is shrewder to promote the fact that there is an exclusive and expensive work by counterculture icon and provocateur Banksy on display; come and pay to see it. But how many visitors will think much about what Banksy may be saying, or about why it showed up specifically in Port Talbot?