Bidens committed no wrongdoing in Ukraine -- 'despite Giuliani’s pleas': prosecutor 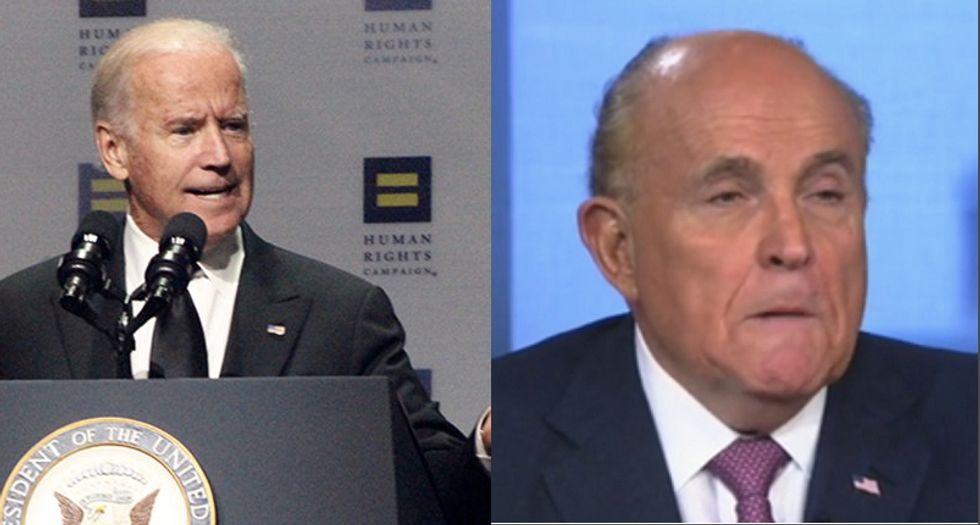 Ukrainian Prosecutor General Yuriy Lutsenko has admitted that former Vice President Joe Biden and his son Hunter Biden were not involved in any wrongdoing in Ukraine.

According to Bloomberg News, President Donald Trump's personal lawyer alleged that the Bidens had a conflict of interest while encouraging Ukrainian politicians to crack down on corruption.

"Giuliani said that Biden could have been trying to help his son’s business dealings and that Ukraine needs to investigate," Bloomberg reported.

But as of Thursday, prosecutors revealed there were no concerns of unethical behavior.

Just days ago, a Ukrainian lawmaker alleged that the top prosecutor was manufacturing "a conspiracy" about the Biden family. Lawmaker Serhiy Leshchenko said that he was given parts of a letter written by a prosecutor who wanted to curry favor with President Donald Trump's administration.

"The letter was sent by the prosecutor through unofficial channels to President Donald Trump’s personal lawyer Rudy Giuliani, the lawmaker told journalists on Monday in Kiev as he distributed copies of two pages," Bloomberg reported.