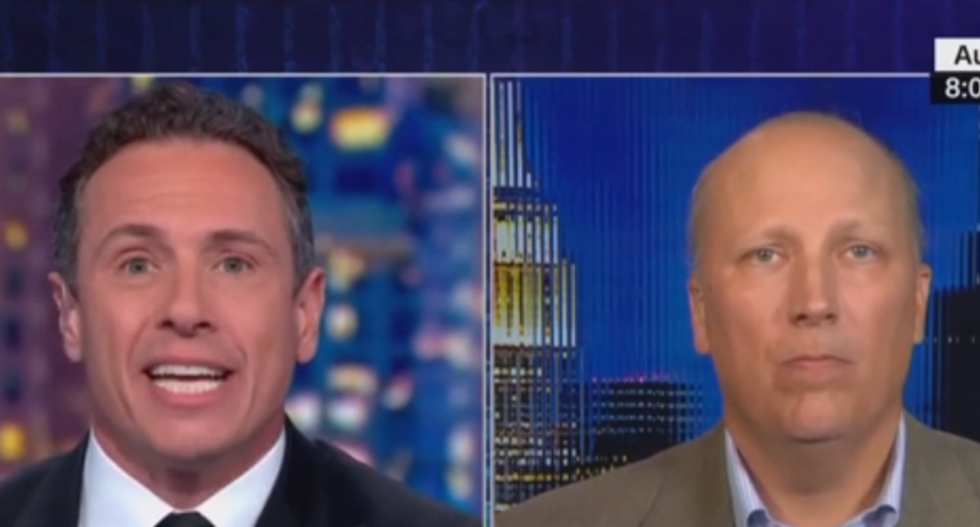 On Tuesday, CNN's Chris Cuomo confronted Rep. Chip Roy (R-TX), one of only two members of the House to object to the bipartisan disaster relief bill — even though it contained considerable relief for his own state.

"Let me ask you, over the Memorial Day weekend, what did you tell your constituents that need this money?" said Cuomo.

"Speaker Pelosi adjourned for ten days, and everybody was out of town, and I'm heading to the airport to come home to Texas, and what I hear was that the speaker was inclined to bring forward a bill that would spend $19 billion unpaid for and then she was going to do so by unanimous consent," said Roy. "That means she wasn't going to have a vote, and I don't know about you, but the American people were working last Friday, but the House of Representatives wasn't in Washington. She was going to have a bill go by consent and I believe if you're going to spend $19 billion of taxpayer money, we should vote on it."

"You unpacked three basic reasons. Let's go through them one by one," said Cuomo. "One, you said not a debate. She was doing this by unanimous consent, the nod there is that there isn't going to be consensus on this. Now, Jim Clyburn, looking at the legislative history here, this is not new, this bill. You guys agreed on a set of monies and a set of principles. It went over to the Senate. They supposedly were going to like it. The president didn't like the Puerto Rico money, then there became more of a kerfluffle. But then the stuff that you did like, the president got past the Puerto Rico part, the Senate then sent it back to you, so in essence, Chip, this is what you guys already said yes to. Why say no now?"

"Well, first of all, you'll know, and I think you, Chris, have looked at the record, 150-odd Republicans voiced objection," said Roy. "It was a large number of Republicans that voiced objections to the first version of the bill. But the bill went to the Senate and came back. None of us had seen it. We didn't know what was in it. We knew that it had $2 or 3 billion more than the first version, and now we had to accept what Speaker Pelosi was going to do and put it on the floor on a Friday after everybody went out of town and pass it by consent. That's not what the American people want."

"Sure but the White House's view was that they wanted the relief they want in place in Florida and Puerto Rico and other parts of the country but ... You shouldn't pass a bill that's going to spend $19 billion without voting on it," insisted Roy. "There were many things we wanted to have a discussion about including the fact that we have a border supplemental ignored by the Speaker and we didn't have the ability to talk about that in the process."

"I'm good with that, although, Chip, if you're going to make the stand, why not create more energy around getting help?" said Cuomo. "It's not just that the Democrats don't want to do it. Clyburn makes a good case. He says you guys can't agree on anything. Compromise is seen as capitulation, like you're giving your head. You can't even agree on getting done what will help stop these kids from being held in places where they're going to be sick, held too long, maybe worse. Why not?"