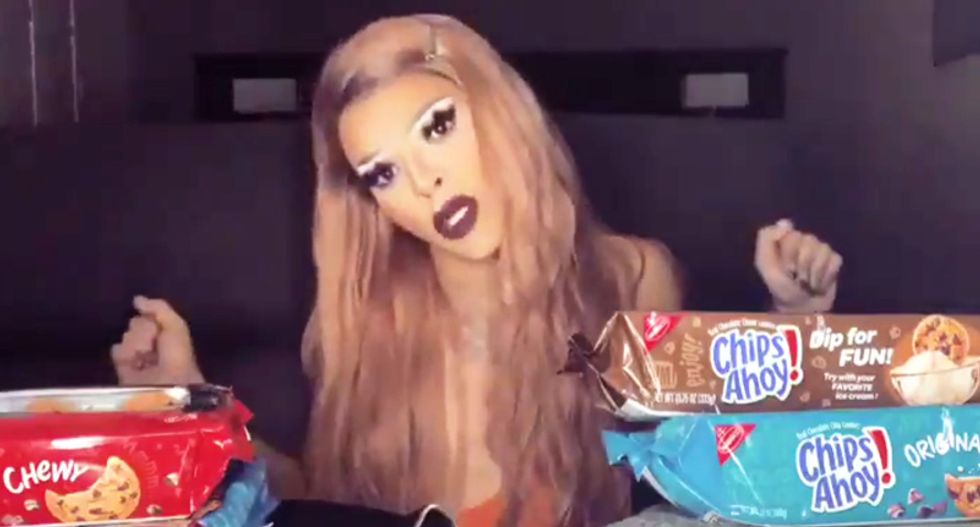 Despite deriding progressives as "snowflakes" who are offended over every perceived breach of political correctness, it's often conservatives who complain about pop culture.

Conservatives did not appreciate the cameo.

She directed viewers to buy the cookies for “your real mama, your drag mama, whichever mama, somebody, whoever taking care of you, whoever you feel or consider your mama.”

“Chewy, the original, everything under the sun,” Vanjie says in the clip. “So get those cookies.”

In response, conservatives lost it. "Now I know which cookies brand to not buy," said one Twitter user.

Another also derided the ad. "I just tossed my cookies!"

"Was hooked on chips ahoy lately this really helped me get rid of it," another user wrote.

"I know what's hitting the trash can when I get home." the Grumpy White Guy wrote.