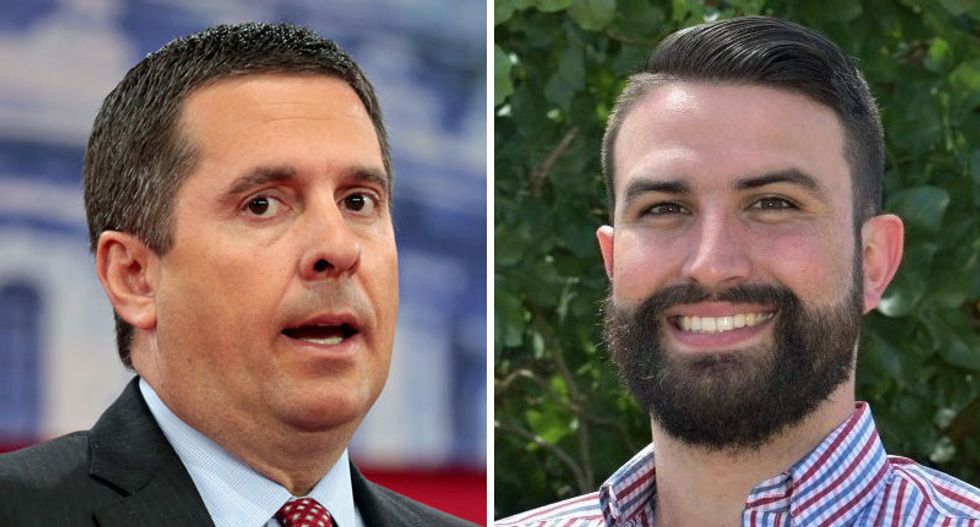 Controversial Rep. Devin Nunes (R-CA) is being challenged by a Democrat in the 2020 election, the San Joaquin Valley Sun reports.

"Dary is no stranger to the burden of student loans, the perils of an unstable healthcare system, or a tax system that hurts local businesses while turning a blind eye to the corporations erasing the middle class," he argued on his website. "In Congress, he will fight to strengthen our water supply, make it easier for local businesses to create jobs, and make healthcare and prescription drugs more affordable. Dary will be a voice for the valley."

During his contentious 2018 re-election effort, Nunes lost the support of The Fresno Bee -- which had supported him since 2002.

Nunes is now suing the newspaper for $150 million for a story on cocaine and underage prostitutes.