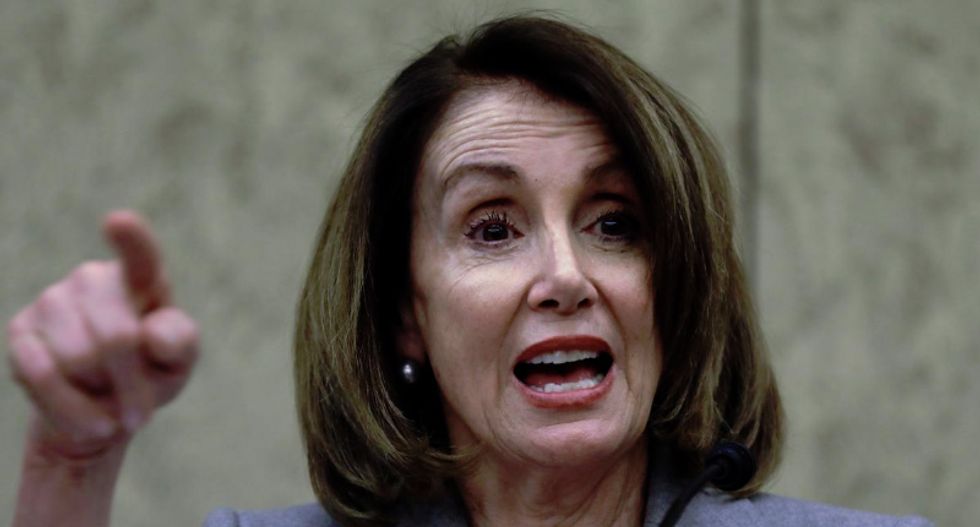 House Speaker Nancy Pelosi (D-CA) is being "negligent" by resisting the move to impeach President Donald Trump, according to Esquire writer Charles Pierce.

In his Monday column, Pierce accuses the House Speaker of not taking seriously the actions of Trump's administration, including Attorney General William Barr's refusal to release an unredacted version of special counsel Robert Mueller's Russia report.

Pierce points to Pelosi's remarks in a recent New York Times interview "that indicate that at least part of the Speaker's brain gets it and that another part does not, and that, somewhere in between, something has to be done."

Pelosi told the Times that she had feared in 2018 Trump would not respect the results of the midterm elections.

“If we win by four seats, by a thousand votes each, he’s not going to respect the election,” the Speaker said. “He would poison the public mind. He would challenge each of the races; he would say you can’t seat these people.”

Pierce argues "that if Pelosi believes that the president* is venal and power-mad enough to discredit, if not defy, the results of a national election, she must realize that the crisis already is upon us."

"If that is the case, waiting for 2020 and hoping that cooler heads prevail at the ballot box strikes me as negligent at best," he adds.

On Tuesday, Pelosi accused the president of "goading" Democrats into holding impeachment hearings.

“That’s what he’s doing,” the Speaker told a group in New York. “Every single day he’s just like taunting, taunting, taunting because he knows that it would be very divisive in the country, but he doesn’t really care. He just wants to solidify his base.”