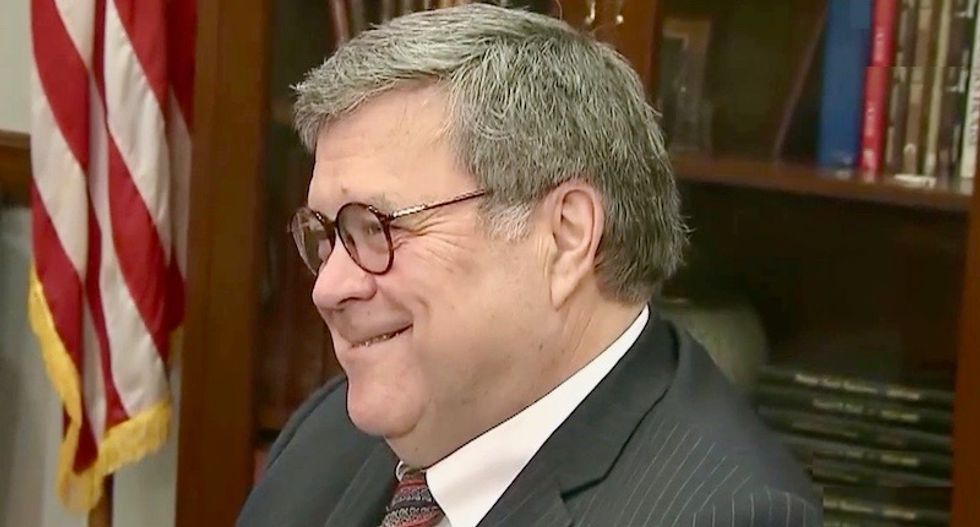 In a look into what might be expected now that Donald Trump has given the order for the US intelligence committee to cooperate with his handpicked attorney general, a former lead counsel to the Director of National Intelligence pointed out to the New York Times some particular phrasing that gives Bill Barr carte blanche to do as he pleases.

According to the report, "Trump allowed Attorney General William P. Barr to declassify information he finds during his review of what the White House called 'surveillance activities during the 2016 Presidential election'" with his order.

"Ordinarily, any review of intelligence activities would be done by the Director of National Intelligence Daniel Coats. But in giving that authority to Barr, the president has turned to someone he perceives as a loyalist and who has already said that he thinks the government spied on the Trump campaign," the Times reports.

According to Robert Litt, who served as general counsel for the office of the director of national intelligence, what Trump's order does is provide an opening for Barr who famously likes to parse the meaning of words in order to avoid being questioned -- such as when he battled Sen. Kamala Harris (D-CA) over the meaning of the word "suggested."

“The part of this order that I find the most troubling says that the attorney general should consult with intelligence community elements on declassification ‘to the extent he deems it practicable,’ ” Litt pointed out. "He apparently doesn’t have to consult with them if he thinks that would be impracticable.”

The report goes on to note that Barr may face some pushback from Coats who also made a very specific statement of cooperation that indicates he may not give Barr free rein.