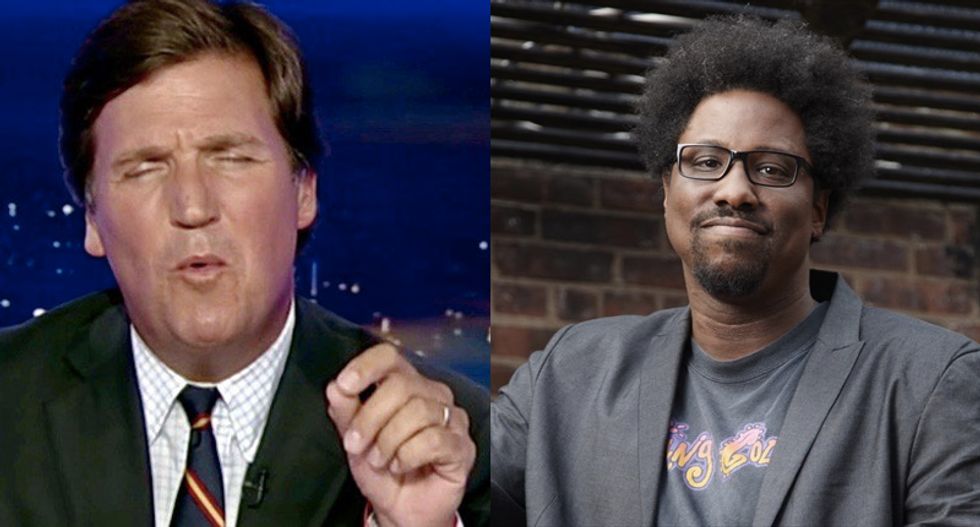 For the first time ever, comedian and documentarian W. Kamau Bell met with an Antifa activist, but regular viewers of Fox News would challenge the claim. A previous report from Fox News host Tucker Carlson claimed that the CNN host was a confirmed Antifa activist after speaking at a rally with faith leaders.

Sunday, Bell aired his recent episode of "United Shades of America," where he interviewed those frequently demonized by right-wing commentators like Carlson.

"Full disclosure," Bell told her. "Tucker Carlson from Fox News at one point in the not-too-distant past labeled me a leader of Antifa."

Ariel flashed a broad smile and belted out a boisterous laugh.

"It was news to me," Bell confessed.

In the interview, Ariel explained that she is a far-left activist that thinks of herself as an "Anarcho-Communist" who wants to do away with all hierarchy. It's a far cry from what she described as the "left of center" style of "I'm with her Hillary Clinton supporters." On her political scale, those activists are barely sitting within the left side of activism.

When explaining what Antifa was she asked Bell the question, "do you approve of fascism?" He said he did not. "Then you could consider yourself Antifa if you wanted to."

"So, if you’re opposed to fascism then you are Antifa because it’s anti-fascism. That could be a lot of things," Ariel continued. "Maybe they’re a great programmer, and they could build a website to educate children. Do you think people deserve love? Antifa."

Watch Bell's full conversation with Ariel below. Below that you can find an interview Bell did with a liberal gun-club out of Tacoma/Seattle.