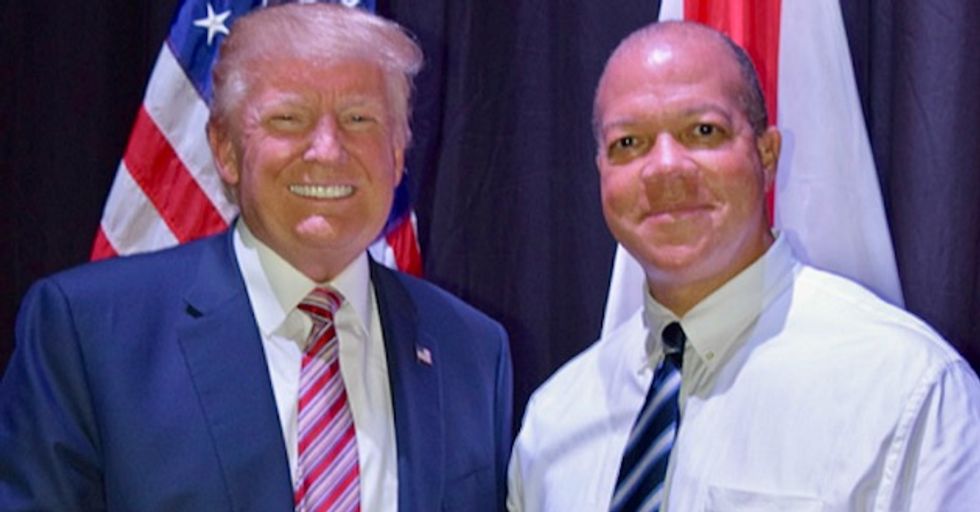 At a local meeting last week of the Women for Responsible Legislation, held in the Pensacola City Hall, constituents asked Rep. Hill about a Democrat's legislation to protect LGBTQ people from discrimination.

One constituent chimed in, saying, "In 1 Corinthians, it says that a man who has an affair with another man will be put to death."

Rep. Hill did not miss a beat.

"It says that in the Old Testament, too," Hill noted, as an opinion piece in the Pensacola News Journal notes.

"Can you introduce legislation?" yet another constituent asked.

Rep. Hill joined attendees in laughter, as if killing gay people would be funny.

"Introduce legislation?" Hill asked, chuckling. "I wonder how that would go over?" he added.

Just before that exercise in far right wing Christian love, Hill told attendees that being gay is a "choice," and mocked those who note they are born that way.

“It’s a behavior, and it’s a choice,” Hill said, rejecting the idea that LGBT people should be a protected class. “You can say, ‘But I was born that way.’ OK, well, fine, but nobody’s forcing you to engage in that relationship, even if you were born that way.”

Here's a longer version of the audio, via Rick's Blog: