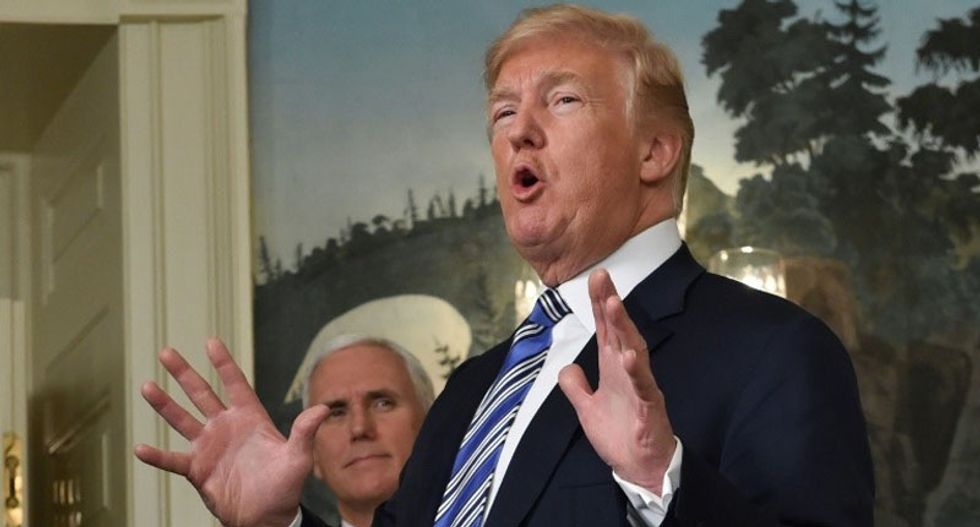 While many Republicans are cautiously watching Donald Trump's saber-rattling at Venezuela's Nicolás Maduro, Florida Republicans worry that Trump's all-talk-no-action response so far will cost him -- and possibly them -- the state in the 202o election.

According to a report in the Washington Post, the failure to unseat Maduro before the election could hurt the president with the Florida Cuban community who see in Maduro an echo of Fidel Castro.

"Trump has tied his toughness toward Venezuela’s authoritarian leader, Nicolás Maduro, to his domestic political message, citing it as evidence that he is fighting socialism while he accuses Democrats of embracing it. But without Maduro’s ouster, Trump’s policies could look weak and his effort a failure — turning Venezuela into a political liability," the Post reports.

According to the former chairman of the Florida Republican Party, Trump's failure to force Maduro from office will come with a political price.

“This could be another Bay of Pigs as far as Cuban sentiment is concerned,” explained Al Cardenas in reference to the failed U.S. military invasion of Cuba in 1961 that turned Cubans against President John F. Kennedy.

According to Cardenas, “Trump’s name is gold in South Florida,” but if Maduro survives, “it’s going to hurt him.”

According to the report, "Florida was crucial to Trump’s 2016 win and will factor heavily into his bid for a second term. His campaign has broken up the country into nine regions, aides said, each with its own political director. Under this plan, Florida is its own region — the only state with that distinction. It has more electoral votes than any other competitive state, with winning margins that have been slim in recent elections. And about one in six Florida voters is Hispanic."

Former Florida Rep. Carlos Curbelo, a Republican who was ousted in the 2018 midterms, said Trump's action in Venezuela can be a deal breaker in Florida with voters.

“We can always expect a close race in Florida,” he explained. “The administration’s actions with regard to Venezuela could make all the difference, either in getting the president across the finish line in Florida, or, if this effort stalls, it could also cost him.”

Trump recently tried to temper expectations about Maduro in a rare display of patience, saying at a rally: “How are we doing in Venezuela? Step by step.”