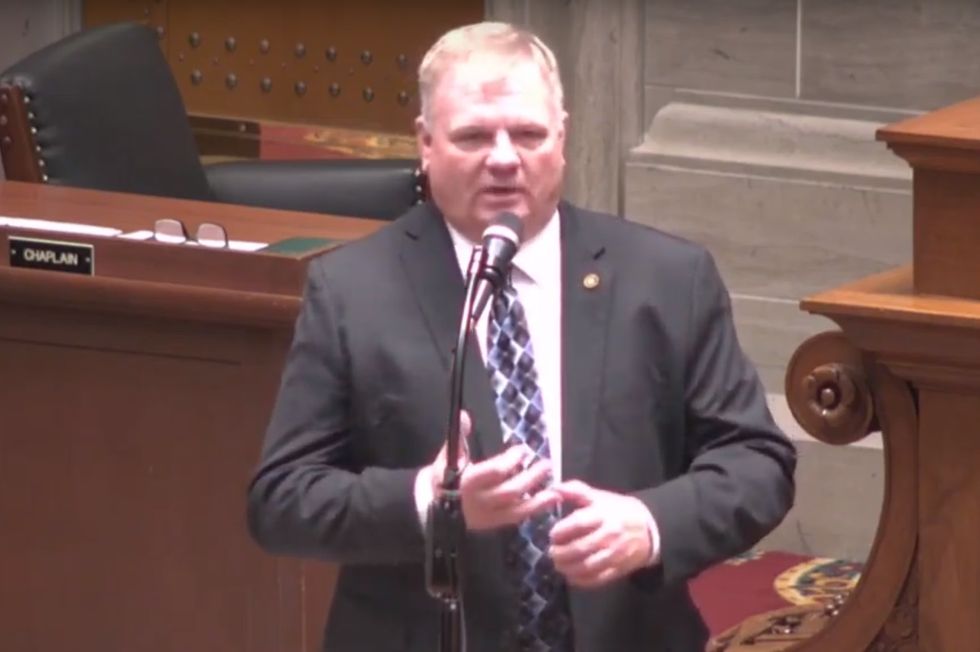 A Republican Missouri state lawmaker on Friday stunned many of his colleagues when he made a reference to "consensual rape" on the floor of the state's House of Representatives.

During a debate over an anti-abortion law that was passed by the Missouri House of Representatives on Friday, GOP Rep. Barry Hovis, a former law enforcement official, argued that opponents of the bill were overestimating how often women in the United States were really raped.

"Let's just say that someone goes out and, uh, they have, they're raped or they're sexually assaulted one night after a college party," he began. "Because most of my rapes [encountered as a law enforcement official] were not the gentleman jumping out the bushes that nobody'd ever met. That was one of two times out of 100. Most of them were date rapes or consensual rapes, which were all terrible!"

According to Kansas City Star reporter Crystal Thomas, this statement drew shocked responses from people inside the chamber.

In discussing kinds of rapes he has encountered as a law enforcement official, state Rep. Barry Hovis spoke of the… https://t.co/LPWjPcofSF
— Crystal Thomas (@Crystal Thomas)1558111361.0

Thomas followed up with Hovis after his speech and he said that he misspoke and claimed he meant to say that law-enforcement officials always have to determine whether a sexual assault claim is “consensual or rape.” He then said he knew there was "no such thing as consensual rape."

Just spoke with Rep. Hovis. He said he misspoke and meant to say LEOs finding out whether what occurred was “consen… https://t.co/KmJOs5hpZg
— Crystal Thomas (@Crystal Thomas)1558113863.0