Here's the best reason to start impeachment proceedings against Trump 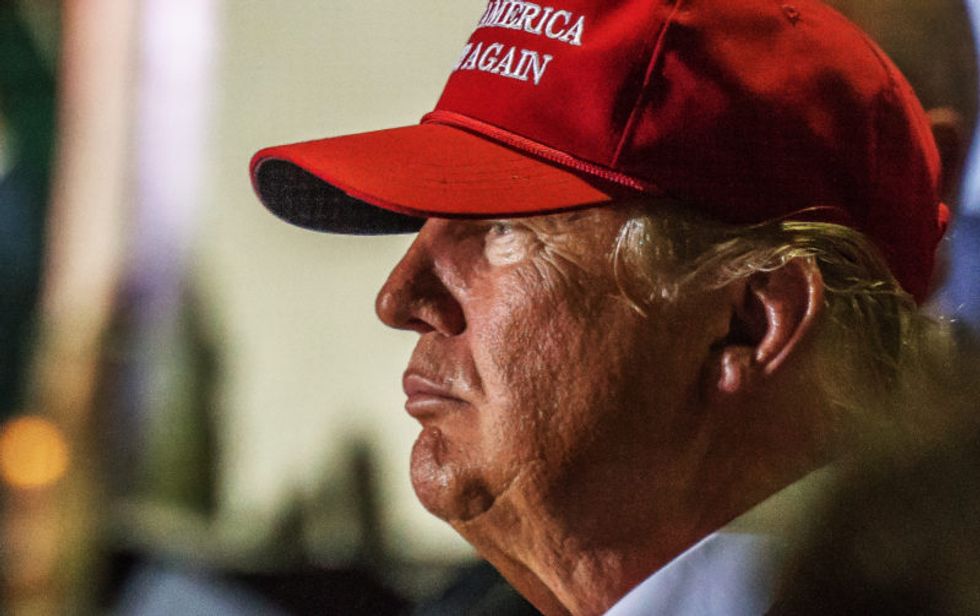 Donald Trump is causing a constitutional crisis with his blanket refusal to respond to any subpoenas.

So what happens now? An impeachment inquiry in the House won’t send him packing before election day 2020 because Senate Republicans won’t convict him of impeachment.

So the practical political question is whether a House impeachment inquiry helps send him packing after election day. That seems unlikely.

Probably no more than a relative handful of Americans are still unsure of how they’ll vote on Nov. 3, 2020. An impeachment is unlikely to reveal so many more revolting details about Trump that these swing voters would be swayed to vote against him, and their votes wouldn’t make much of a difference anyway.

Besides, the inquiry probably wouldn’t reveal much that’s not already known, because House subpoenas will get tangled up in the courts for the remainder of Trump’s term (even though courts give more deference to subpoenas in an impeachment inquiry).

Worse yet is the chance that an impeachment inquiry plays into Trump’s hands by convincing some wavering voters that Democrats and the “deep state” are out to get Trump, thereby giving him more votes than he’d otherwise get.

Does this mean House Democrats should avoid taking the political risk of impeaching Trump? Not at all.

Another question needs to be considered — not just the practical political effect on the 2020 election, but something more important over the long run.

It is whether an action designed to enforce our Constitution is important for its own sake — even if it goes nowhere, even if it’s unpopular with many voters, even if it’s politically risky.

Every child in America is supposed to learn about the Constitution’s basic principles of separation of powers, and checks and balances.

But these days, every child and every adult in America is learning from Donald Trump that these principles are bunk.

By issuing a blanket refusal to respond to any congressional subpoena, Trump is saying Congress has no constitutional authority to oversee the executive branch. He’s telling America that Congress is a subordinate branch of government rather than a co-equal branch. Forget separation of powers.

By spending money on his “wall” that Congress explicitly refused to authorize, Trump is saying that Congress no longer has any constitutional authority over spending. Goodbye, checks and balances.

By unilaterally shuttering the government in order to get his way, Trump has said he has the constitutional right not to execute the laws whenever it suits him. Farewell, Congress.

By directing the attorney general, the Justice Department, the FBI and the Secretary of the Treasury to act in his own personal interest rather than in the interests of the American people, Trump is saying that a president can run the government on his own. Adios, Constitution.

By unilaterally threatening to cut off trade with the second-largest economy in the world, Trump is saying he has sole authority to endanger the entire American economy. (Make no mistake: If he goes through with his threat, the U.S. economy will go into a tailspin.)

By doing whatever he could to stop an investigation into Russian interference in the 2016 election, including firing the head of the FBI, Trump has told America it’s OK for a president to obstruct justice. Goodbye, law.

The core purpose of the U.S. Constitution is to prevent tyranny. That’s why the framers of the Constitution distributed power among the president, Congress and the judiciary. That’s why each of the three branches was designed to limit the powers of the other two.

In other words, the framers anticipated the possibility of a Donald Trump.

Trump surely appears to be usurping the powers of the other branches. Under these circumstances, the Constitution mandates that the House undertake an impeachment inquiry and present evidence to the Senate.