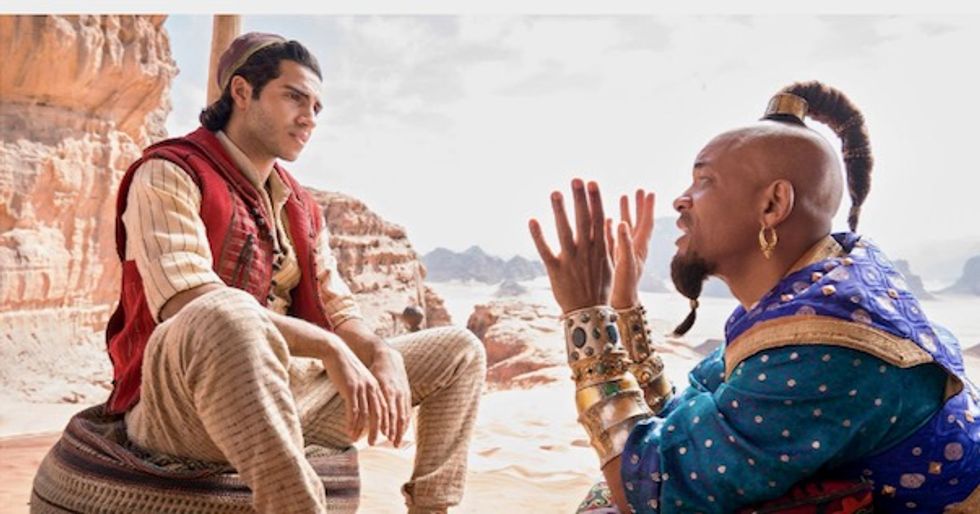 In the live-action ‘Aladdin,’ Mena Massoud stars as Aladdin, while Will Smith plays the Genie. Daniel Smith/Walt Disney Pictures

Though critically acclaimed and widely beloved, the 1992 animated “Aladdin” feature had some serious issues with stereotyping.

Disney wanted to avoid repeating these same problems in the live action version of “Aladdin,” which came out on May 24. So they sought advice from a Community Advisory Council comprised of Middle Eastern, South Asian and Muslim scholars, activists and creatives. I was asked to be a part of the group because of my expertise on representations of Arabs and Muslims in the U.S. media.

The fact that a major studio wants to hear from the community reflects Hollywood’s growing commitment to diversity.

But while the live action “Aladdin” does succeed in rectifying some aspects of Hollywood’s long history of stereotyping and whitewashing Middle Easterners, it still leaves much to be desired. 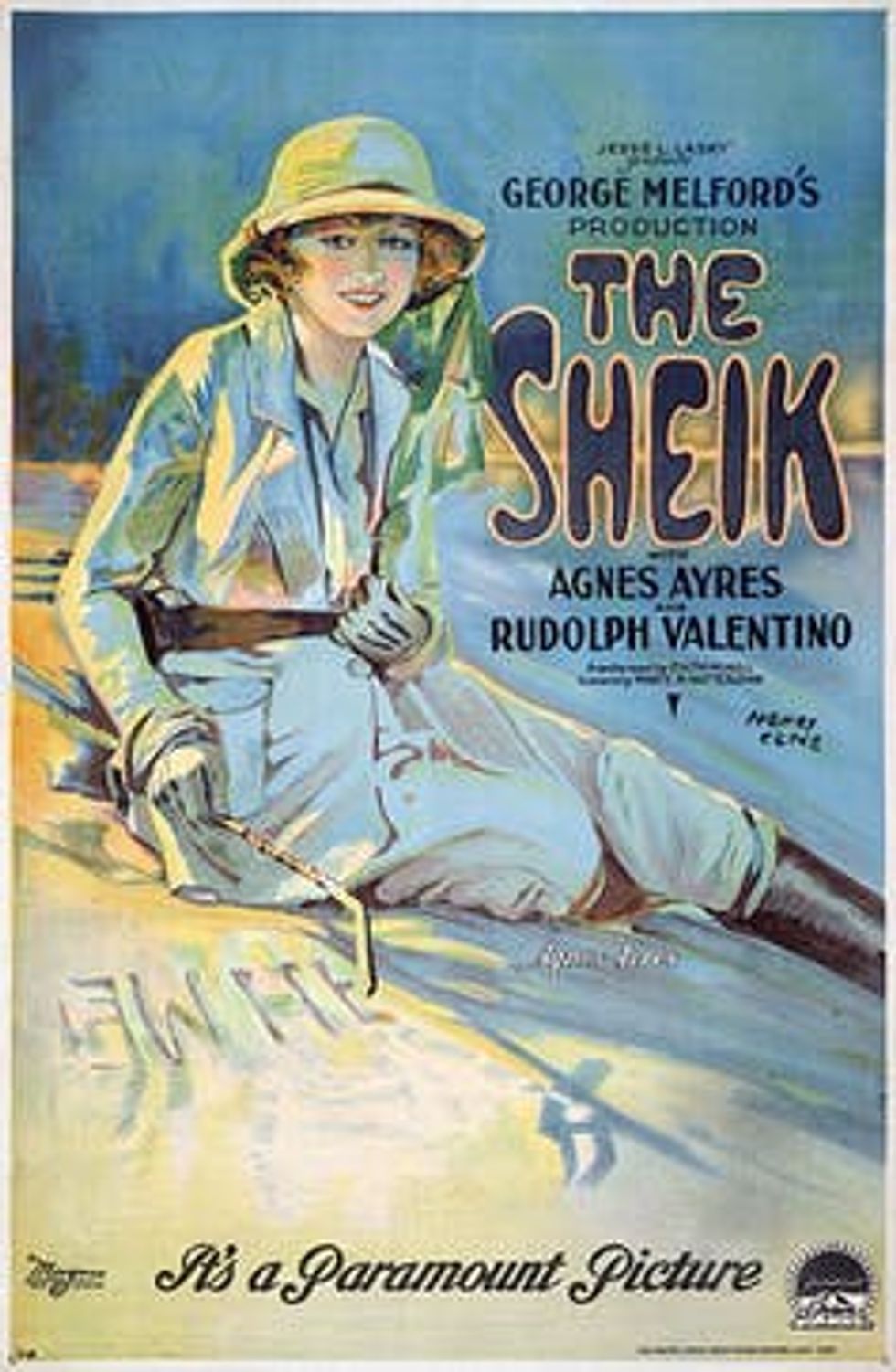 Orientalism in Hollywood has a long history. Early Hollywood films such as “The Sheik” and “Arabian Nights” portrayed the Middle East as a monolithic fantasy land – a magical desert filled with genies, flying carpets and rich men living in opulent palaces with their harem girls.

While these depictions were arguably silly and harmless, they flattened the differences among Middle Eastern cultures, while portraying the region as backwards and in need of civilizing by the West.

Then came a series of Middle Eastern conflicts and wars: the Arab-Israeli war of 1967, the Arab Oil Embargo of 1973, the Iran Hostage Crisis and the Gulf War. In American media, the exotic Middle East faded; replacing it were depictions of violence and ominous terrorists.

As media scholar Jack G. Shaheen observed, hundreds of Hollywood films over the last 50 years have linked Islam with holy war and terrorism, while depicting Muslims as either “hostile alien intruders” or “lecherous, oily sheikhs intent on using nuclear weapons.”

Cringeworthy moments in the original ‘Aladdin’

Against this backdrop, the Orientalism of Disney’s 1992 animated “Aladdin” wasn’t all that surprising.

The opening song lyrics described a land “Where they cut off your ear if they don’t like your face” and declared, “It’s barbaric, but hey, it’s home!”

When the American Arab Anti-Discrimination Committee protested the lyrics, Disney removed the reference to cutting off ears in the home video version but left in the descriptor “barbaric.”

Then there were the ways the characters were depicted. As many have noted, the bad Arabs are ugly and have foreign accents while the good Arabs – Aladdin and Jasmine – possess European features and white American accents. 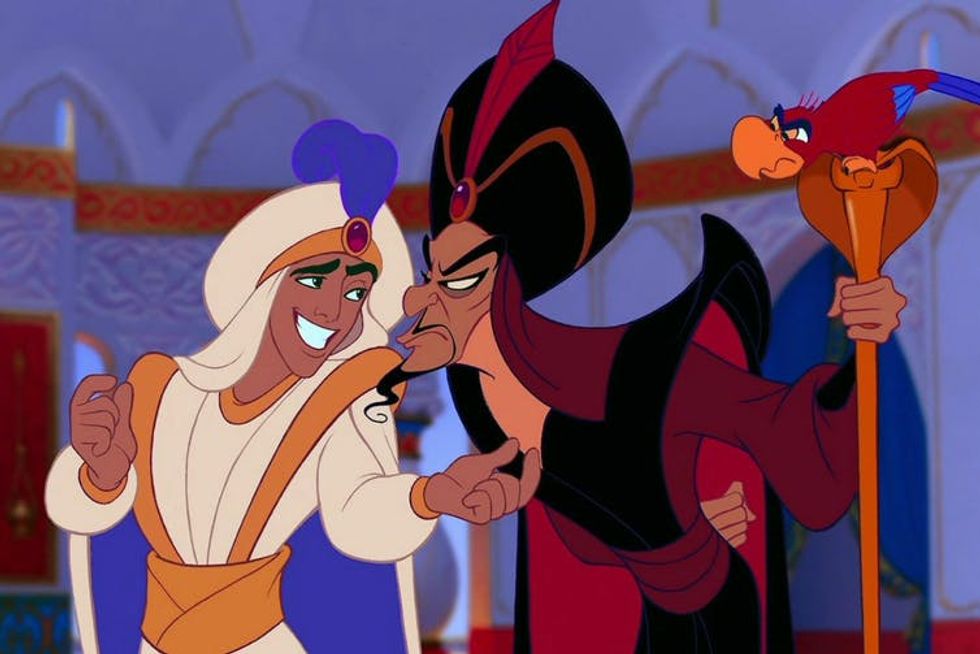 In the animated ‘Aladdin,’ the good Arabs are drawn with Caucasian features, while the bad guys speak with foreign accents.

The film also continued the tradition of erasing distinctions between Middle Eastern cultures. For example, Jasmine, who is supposed to be from Agrabah – originally Baghdad but fictionalized because of the Gulf War in 1991 – has an Indian-named tiger, Rajah.

After 9/11, a spate of films emerged that rehashed many of the old terrorist tropes. But surprisingly, some positive representations of Middle Eastern and Muslim characters emerged.

In 2012, I published my book “Arabs and Muslims in the Media: Race and Representation after 9/11.” In it, I detail the strategies that writers and producers used after 9/11 to offset stereotyping.

The most common one involved including a patriotic Middle Eastern or Muslim American to counterbalance depictions as terrorists. In the TV drama, “Homeland,” for example, Fara Sherazi, an Iranian American Muslim CIA analyst, is killed by a Muslim terrorist, showing that “good” Muslim Americans are willing to die for the United States.

But this didn’t change the fact that Middle Easterners and Muslims were, by and large, portrayed as threats to the West. Adding a ‘good’ Middle Eastern character doesn’t do much to upend stereotypes when the vast majority are still appearing in stories about terrorism.

Another strategy also emerged: reverting to old Orientalist tropes of the exotic, romantic Middle East. Maybe writers and producers assumed that depicting the Middle East as exotic would be an improvement over associating it with terrorism.

The 2004 film “Hidalgo,” for example, tells the story of an American cowboy who travels to the Arabian desert in 1891 to participate in a horse race. In classic Orientalist fashion, he saves the rich sheik’s daughter from his evil, power-hungry nephew.

The 2017 movie “Victoria and Abdul” depicts an unlikely friendship between Queen Victoria and her Indian-Muslim servant, Abdul Karim. While the film does critique the racism and Islamophobia of 19th-century England, it also infantilizes and exoticizes Abdul.

Nonetheless, some glaring problems persisted. Jake Gyllenhaal was cast in the lead role of “The Prince of Persia: The Sands of Time” (2010), while Christian Bale and Joel Edgerton were cast in “Exodus: Gods and Kings” (2014) as Egyptian characters.

Why were white actors assuming these roles?

When challenged, producer Ridley Scott infamously said that he can’t “say that my lead actor is Mohammad so-and-so from such-and-such. I’m just not going to get it financed.”

Does the new ‘Aladdin’ make strides?

Perhaps in a desire to avoid the mistakes of the past, Disney executives sought advice from cultural consultants like me.

There’s certainly some notable progress made in the live-action “Aladdin.”

Casting Indian British actress Naomi Scott as Jasmine was controversial; many hoped to see an Arab or Middle Eastern actress in this role and wondered whether casting someone of Indian descent would simply reinforce notions of “Oriental” interchangeability. Nonetheless, the film does note that Jasmine’s mother is from another land.

The biggest problem with the 2019 “Aladdin” is that it perpetuates the trend of reverting to magical Orientalism – as if that’s a noteworthy improvement over terrorist portrayals. In truth, it’s not exactly a courageous move to trade explicit racism for cliched exoticism.

To be fair, “Aladdin” distinguishes itself from “Hidalgo” and other Orientalist films of this trend by not revolving around the experiences of a white protagonist.

However, once again, characters with American accents are the “good guys” while those with non-American accents are mostly, but not entirely, “bad.” And audiences today will be as hard pressed as those in 1992 – or 1922, for that matter – to identify any distinct Middle Eastern cultures beyond that of an overgeneralized “East.” Belly dancing and Bollywood dancing, turbans and keffiyehs, Iranian and Arab accents all appear in the film interchangeably.

“Aladdin,” of course, is a fantastical tale, so questions about representational accuracy might seem overblown. It is also a really fun movie in which Mena Massoud, Naomi Scott and Will Smith all shine in their roles. But over the last century, Hollywood has produced over 900 films that stereotype Arabs and Muslims – a relentless drumbeat of stereotypes that influences public opinion and policies.

If there were 900 films that didn’t portray Arabs, Iranians and Muslims as terrorists or revert to old Orientalist tropes, then films like “Aladdin” could be “just entertainment.”

Until then, we’ll just have to wait for the genie to let more nuanced and diverse portrayals out of the lamp.