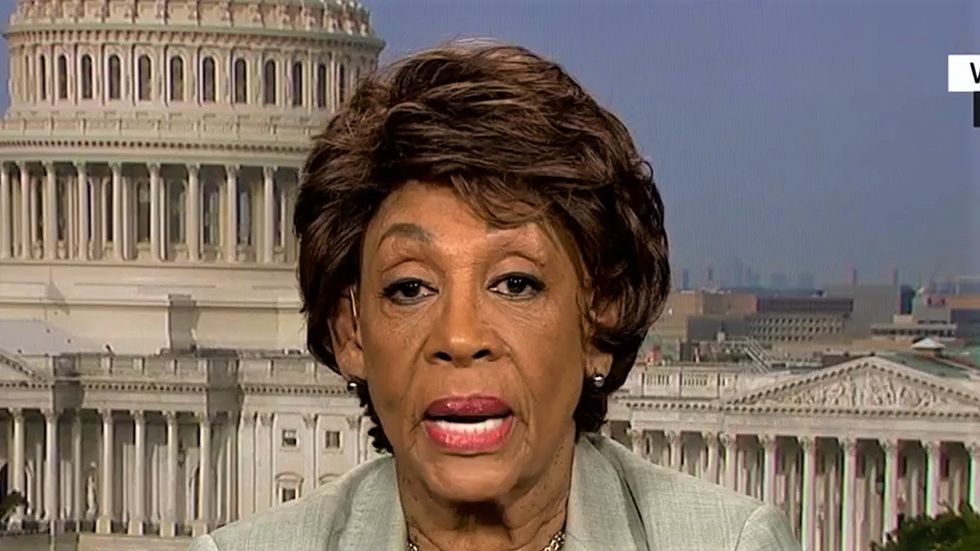 Rep. Maxine Waters (D-CA) on Friday once again reiterated her call to impeach President Donald Trump -- and she said there is "overwhelming" evidence to start impeachment hearings right now.

During an interview with CNN's John Berman, Waters said the question is not if Trump will be impeached, but when it will happen.

"If we look at Mueller's report and see where he clearly defines that he's obstructed justice, people will increasingly come to the conclusion that impeachment is inevitable," she said. "This president has done everything that one could even think of to be eligible for impeachment and the Constitution basically gives us the power to deal with someone who has not acted in the best interest of this country."

Berman then asked her if she thought House Speaker Nancy Pelosi (D-CA), who has been very reluctant to talk up impeachment proceedings, was coming around to her view.

"I don't know if Nancy Pelosi is moving closer, but I suspect the information is becoming overwhelming," she replied. "I'm hopeful the American public will support impeachment."