'Is it that bad?' Fox Business host stunned as Napolitano explains Mueller has evidence Trump committed a crime 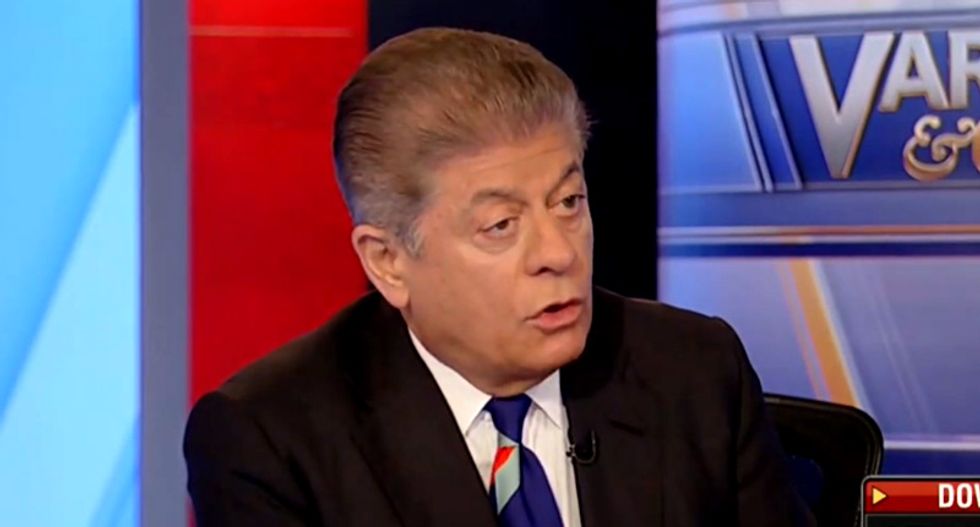 Fox News senior judicial analyst Andrew Napolitano said Wednesday that special counsel Robert Mueller had indicated that he found evidence that Donald Trump committed a crime -- but was unable to indict him because Trump is a sitting president.

Napolitano reacted to Mueller's press conference during an appearance on the Fox Business Network.

"Effectively what Bob Mueller said is we had evidence that he committed a crime but we couldn’t charge him because he's the president of the United States," Napolitano explained. "This is even stronger than the language in his report. This is also a parting shot at his soon-to-be former boss, the attorney general, because this statement is 180 degrees from the four-page statement that Bill Barr issued at the time he first saw the report."

"Is it that bad?" host Stuart Varney remarked.

"I think so," Napolitano replied. "Basically he’s saying the president can’t be indicted, otherwise we would have indicted him and we’re not going to charge him with a crime because there’s no forum in which for him to refute the charges, but we could not say that he didn’t commit a crime, fill in the blank, because we believe he did."

Napolitano also said that the evidence that Mueller provided was "remarkably similar" to the evidence used against Richard Nixon and Bill Clinton.