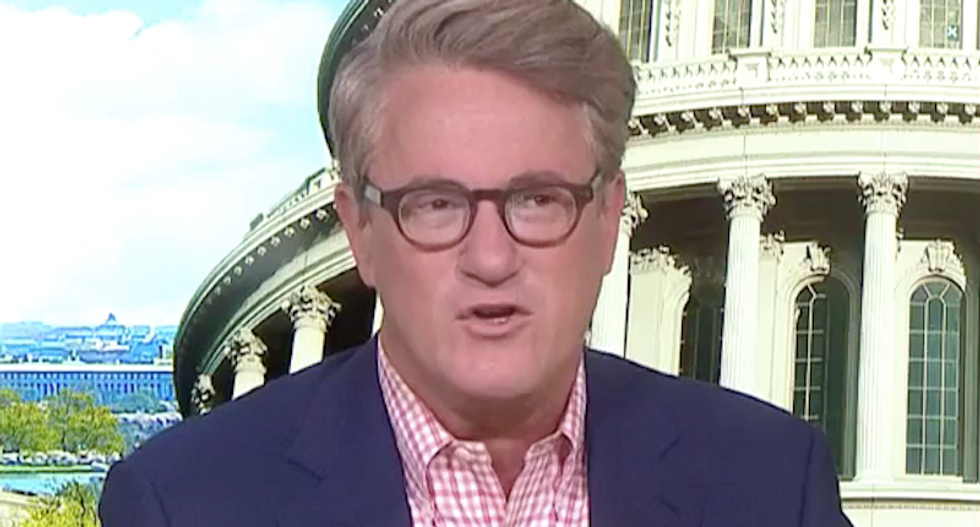 The "Morning Joe" host officially left the GOP in October 2017, but he insists his political views haven't changed nearly as much as Republicans who back Trump no matter what he does.

"These people beclown themselves," he added, "because they have adopted overnight actually extraordinarily liberal views on massive federal spending, shutting down borders, closed borders -- which used to be that union bosses wanted borders closed to drive up wages."

Scarborough and Michael Steele, the former Republican National Committee chairman, agreed that Trump hadn't governed like a conservative at all, and the GOP doesn't care at all.

"Donald Trump has completely trashed that and these mindless sycophants," Scarborough said, "not just in Congress but some people come up to me and are like, 'Why aren't you a Republican anymore?' They've all had, like, brain transplants and they're thinking like liberals. It's crazy!"