Kellyanne Conway scrambles after accusing Pelosi of being anti-woman: 'She treats me like her maid' 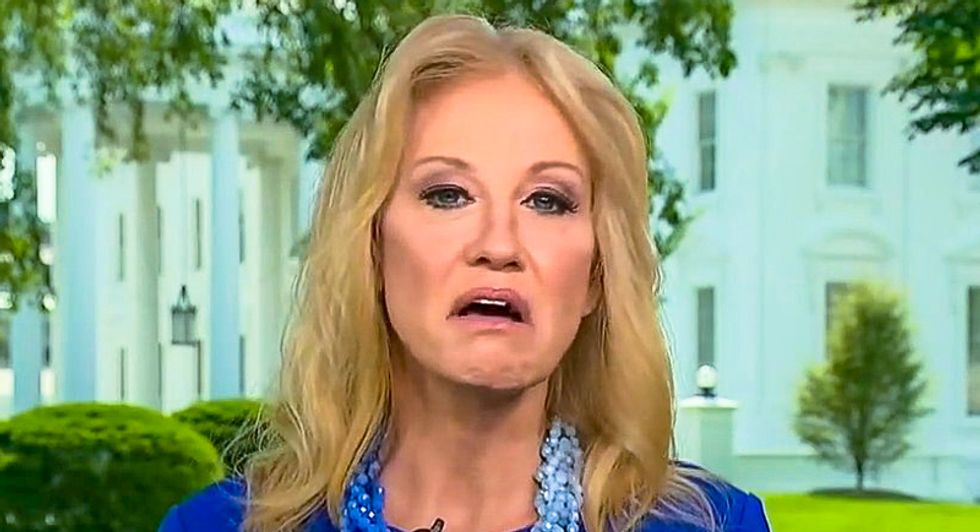 Following a failed White House meeting on Wednesday, Conway accused Pelosi of not being "pro-woman" because she refused to negotiate with anyone except the president.

On Thursday, Conway appeared even more animated than usual while she defended her attack on the Speaker.

"All these ridiculous stories [say] the president was in a rage, he is fuming, stormed out, temper tantrum," Conway told Fox News. "There was none of that. He never raised his voice."

According to Conway, the president left the room after taking "the case directly to Nancy Pelosi."

"I said, respectfully, would you like to address some of the specifics the president talked about?" she explained.

"I talked to the president, I don't talk to staff," Conway recalled Pelosi saying.

"She treats everybody like they're her staff," the president's counselor complained. "She treats me like I'm either her maid or her driver or her pilot or her makeup artist and I'm not. And I said to her, 'How very pro-woman' of you.'"