Laurence Tribe predicts all 9 Supreme Court justices will back Democrats subpoenaing Trump: ‘The jig is up’ 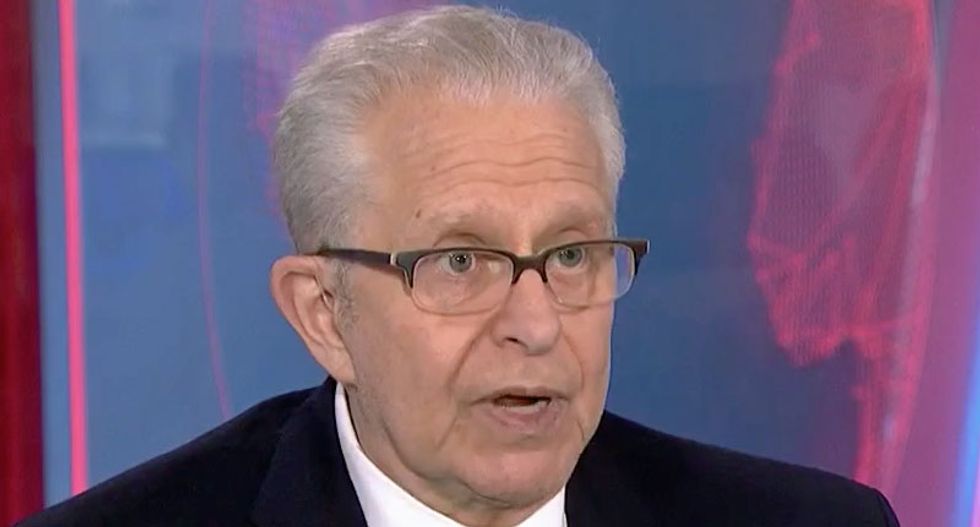 One of America's most celebrated Constitutional law experts on Tuesday predicted Donald Trump was on a fast-track to suffer a humiliating defeat before the United State Supreme Court.

MSNBC anchor Lawrence O'Donnell on Tuesday interviewed Laurence Tribe for analysis on the latest court rulings in the battle between Capitol Hill and the White House.

Prof. Tribe has taught at Harvard Law for half a century and his textbook, American Constitutional Law is taught in law schools across the country.

O'Donnell asked Tribe about the ruling from U.S. District Court Judge Amit Mehta that required compliance with a Congressional subpoena.

"Well, that decision by Judge Metha -- very carefully written 41-page opinion that was delivered just seven days after the argument -- is on a rocket straight up to the Supreme Court," Tribe explained.

"There’s no doubt that that decision that he rendered saying that the subpoena to the president’s accounting firm must be obeyed is going to be upheld by the D.C. Circuit," he argued. "There’s no serious legal argument to the contrary."

He also expected the Supreme Court to unanimously enforce the subpoenas.

"When it gets to the Supreme Court, I would expect that all nine justices -- and I mean all nine -- would follow the law," he predicted. "This is not a close case, it's not rocket science."

So the president’s attempt to stonewall Congress by preventing those who have the critical financial records from turning them over is going to fail," he predicted. "And all of the precedents point to a clear conclusion, the jig is up."