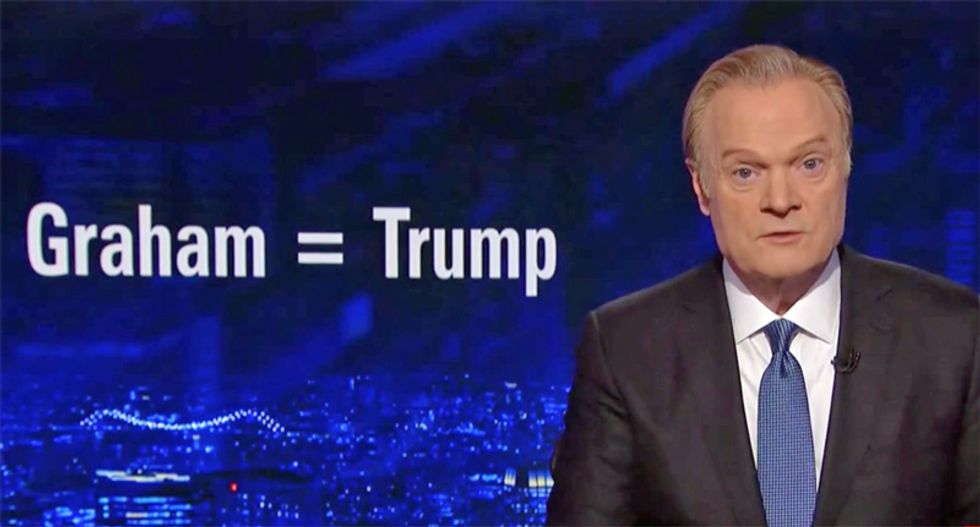 MSNBC anchor Lawrence O'Donnell slammed Sen. Lindsey Graham (R-SC) for witness tampering and made a public appeal for mental health professionals to attempt to figure out what changed him.

The host played a clip of the Republican senator.

"If I were Donald Trump, Jr.’s lawyer, I would tell him you don’t need to go back into this environment anymore. You’ve been there for hours and hours and hours and nothing being alleged here changes the outcome of the Mueller investigation. I would call it a day," Graham said.

"The 27 psychiatrists and mental health professionals who wrote the book about Donald Trump are going to have to find some time to explain Lindsey Graham," O'Donnell said.

The host put up an image of the 2017 book The Dangerous Case of Donald Trump which was edited by Dr. Bandy Lee. 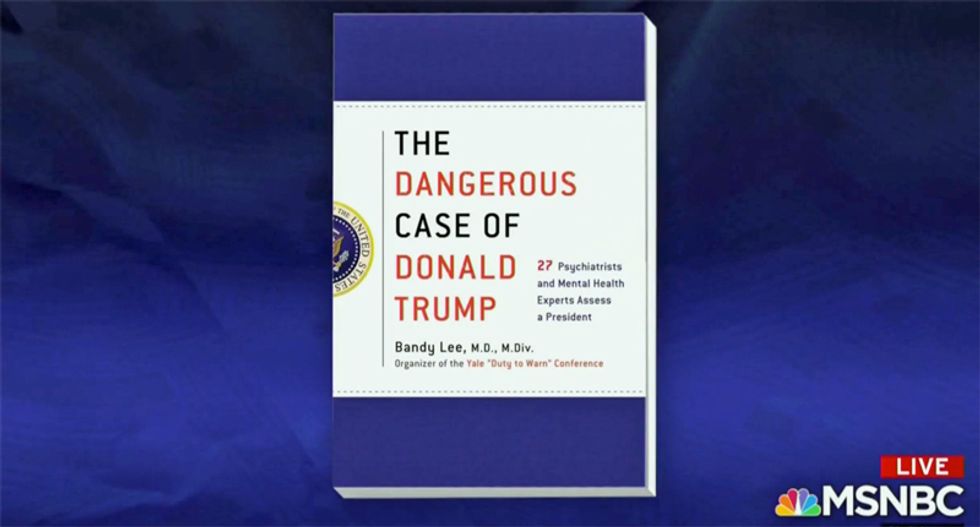 Lindsey Graham is the chairman of the Senate Judiciary Committee, the committee with jurisdiction over our criminal justice system and our civil justice system. That’s the committee that writes federal laws about, among other things, how federal subpoenas are enforced, and the chairman of that committee -- who is a lawyer -- is publicly advising a witness subpoenaed by the United States Senate to ignore that subpoena," he noted. "Publicly advising him to commit a crime."

"Lindsey Graham is an obstruction of justice," O'Donnell declared. "This is clearly witness tampering."

O'Donnell noted Graham could face disbarment and even expulsion from the United States Senate.

"Lindsey Graham could be disbarred as a lawyer for that. And by publicly tampering with a Senate witness, Lindsey Graham violated his oath of office," he noted.

"In any previous Senate, the Senate Ethics Committee would begin an investigation of Lindsey Graham today that would very likely lead to his expulsion from the United States Senate," he continued.