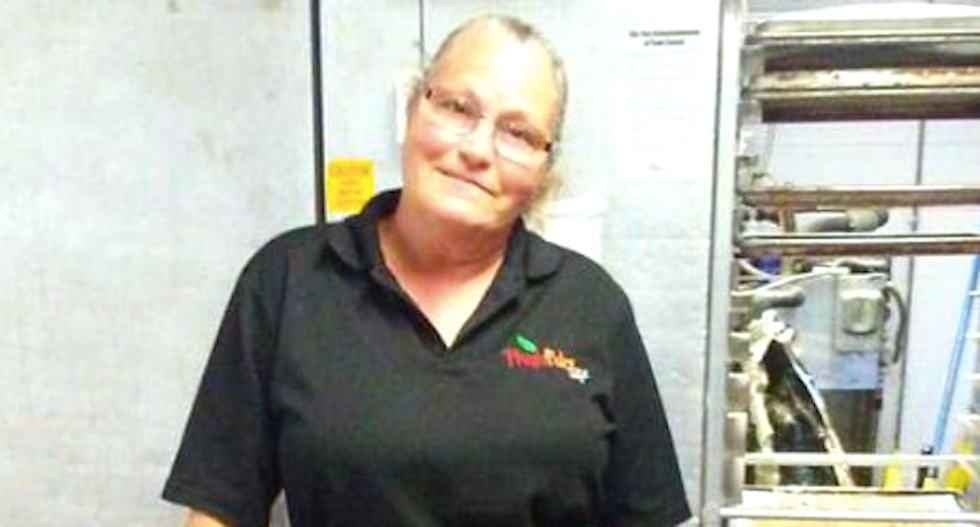 A lunchroom employee in New Hampshire was accused of theft and then fired after letting a student run up an $8 debt rather than go hungry.

Bonnie Kimball, who worked for a vendor at Mascoma Valley Regional High School, quietly told a boy to make sure his mother paid for several à la carte items on his tray and let him take the food without paying, reported The Union Leader.

A manager from the Manchester-based Cafe Services was observing operations at the school March 28, when the incident occurred, and Kimball was accused of theft and fired the following day after the boy brought in money to pay the bill.

Kimball said her direct manager had instructed her in February to let students take food and discreetly tell them to add money to their account, because that supervisor was worried about the company's pending contract renewal and didn't want to stir up any negative publicity.

“I was doing what I was told to do,” Kimball said. “We weren’t supposed to pull trays."

School board chair Cookie Hebert declined to comment directly on Kimball's firing, saying she had worked for the vendor and not the district, but she said the school board policy required students to be fed even if they have no money.

However, Hebert said students with no money should be given the lunch of the day and are prohibited from taking à la carte items.

Representatives from Cafe Services, whose contract the school board renewed this week for another year at more than $560,000, did not respond to requests for comment.

Kimball said two other employees quit in protest over her firing.