Megachurch founder tried to get his former son-in-law murdered on trip to Creationist Museum: ex-bodyguard 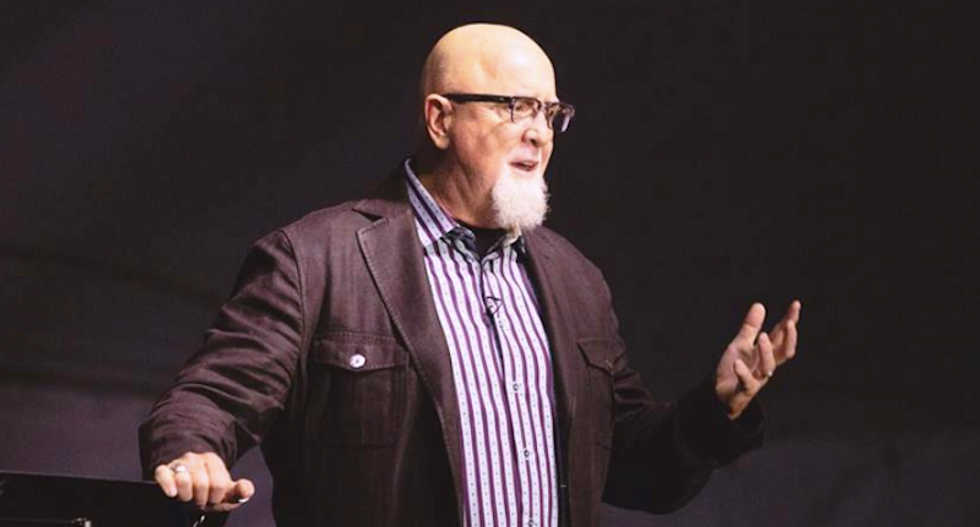 A former member of President Donald Trump's evangelical advisory board is under investigation for allegedly trying to hire a hitman to murder his former son-in-law.

Muller claims MacDonald, who was fired in February from the megachurch he founded, asked him at least twice last year if he knew someone to hire as a hitman, which the broadcaster initially took as a joke but came to realize after talking in December that the pastor was serious.

Bucur, the pastor's volunteer bodyguard and a deacon at the church, claims MacDonald asked him in 2015 to kill Graves and offered to help dispose of the remains.

He didn't initially report MacDonald's request because he was upset the pastor's daughter had been hurt, and thought perhaps it was just a temporary lapse in judgment.

Bucur said MacDonald asked him to kill Graves while they were on a motorcycle trip to Creation Museum in Petersburg, Kentucky, along with other senior church leaders.

Over breakfast at a restaurant in nearby Indiana, MacDonald asked the bodyguard to "take Tony out" as he searched pornographic websites for material he believed his son-in-law may have uploaded of his daughter.

“Are you asking me what I think you’re asking me?” Bucur recalled asking.

MacDonald confirmed the request, but Bucur refused and asked the pastor to drop the topic and never speak of it again.

Muller said he filed a police report near his Wilmette, Illinois, home and said he's terrified of MacDonald -- whom he called "dangerous" and fears has targeted him.

MacDonald founded Harvest in 1988, and it grew to about 13,000 attendees at seven locations.

He was fired earlier this year after taking an "indefinite sabbatical," which was prompted by Muller's broadcast of recordings of MacDonald threatening critics who accused him of financial mismanagement.

MacDonald stepped down from Trump's evangelical advisory council over his disparaging remarks about women that were revealed before the election.