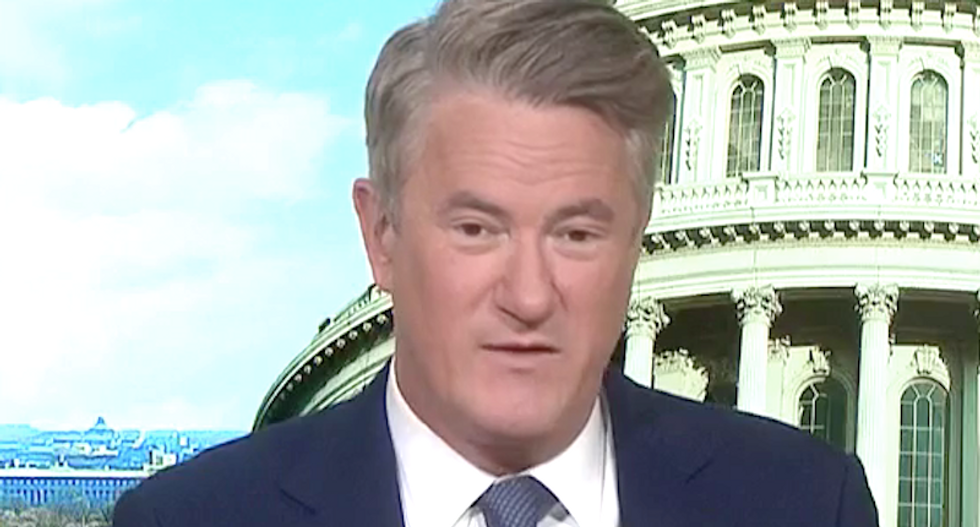 Trump agreed with North Korean dictator Kim Jong-un, who allegedly called Biden a "low IQ individual & worse," and the "Morning Joe" compared those remarks to 2003 criticism of George W. Bush by singer Natalie Maines during a concert in London.

"It bears repeating and reminding our viewers that the Dixie Chicks' career was shattered on country music stations across America," Scarborough said. "There were Dixie Chick album burnings, Dixie Chick bans because they spoke ill of an American president on foreign soil."

Trump criticized Biden online and during a news conference in Tokyo.

"This is how far we've come," he added. "We now have a president who is supported by a lot of those people who probably said, 'I'm not ever going to listen to Dixie Chicks again,' who attacked an American vice president and an American president on foreign soil. That is something you do not do. I remember lashing into Harry Reid for five years for attacking George W. Bush when he was in Russia. It's something you don't do."

Co-host Willie Geist explained why Trump's criticism from Japan was even worse than the examples Scarborough had cited.