'Most racist president in our lifetime': MSNBC's Morning Joe and Mika blast Red Sox players who made White House visit 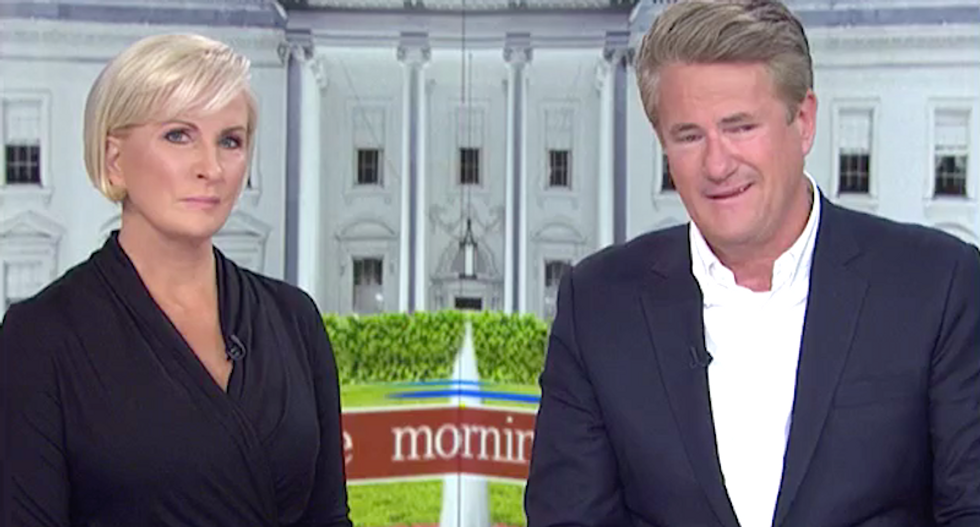 MSNBC's Joe Scarborough and Mika Brzezinski agreed white Boston Red Sox players should have joined their black and Latino teammates and boycotted a visit to the White House.

The "Morning Joe" hosts disagreed with contributor Donny Deutsch, who said he understood why some of the younger players might jump at the chance to visit the White House, saying they should have supported teammates who refused to go in protest of President Donald Trump's policies.

Brzezinski, who usually rolls her eyes at discussions about sports, said she didn't understand why the white players accepted the invitation.