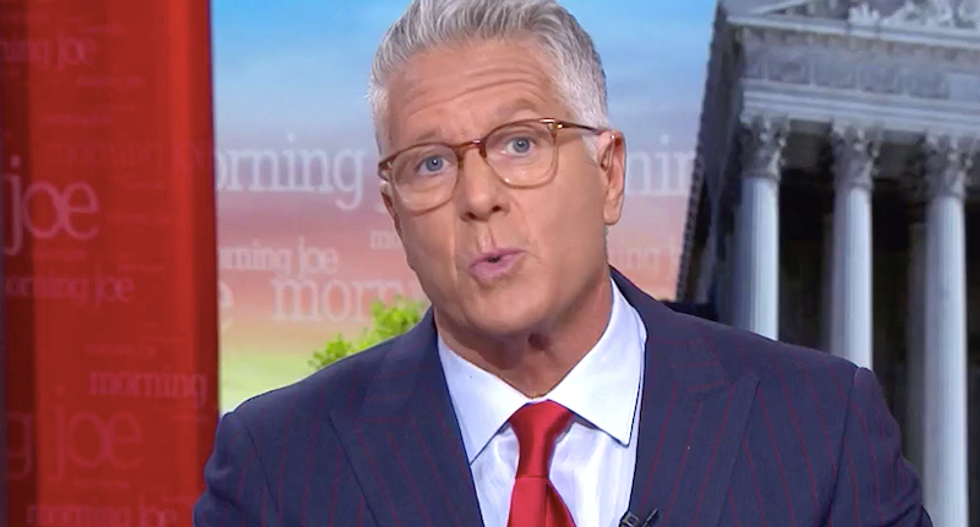 MSNBC's Donny Deutsch suggested an idea to change the conversation about impeachment, and force President Donald Trump to prove he's not a criminal.

The "Morning Joe" contributor and former advertising executive suggested Democrats should stop talking about impeachment, which is a loaded term that carries political risks, and tell the public they're investigating Trump's criminal activity.

"We know Trump broke the law," Deutsch said. "Here's the answer, you take it from a binary choice of two lanes, you create a third lane. You take the word impeachment, and you change it to criminal activity."

Deutsch said Democrats should tell voters that Trump clearly obstructed justice, based on special counsel Robert Mueller's report, and was named an unindicted co-conspirator by prosecutors in the Michael Cohen case, and continue investigating those violations.

Deutsch's suggestion drew mixed reactions from the other panelists, but Republican strategist Susan Del Percio was the strongest critic.

"Here is problem, though, where are they going to do with it, Donny?" she said. "At the end of the day, it's either impeachment or not. You can brand it the way you want, but there is a constitutional responsibility at stake, and a lot of Americans are okay with seeing them step up and fight for what's right."

Deutsch said the impeachment fight was a loser, because Trump can easily swat that back, where criminal investigations would drag him further down.

"I disagree," Del Percio fired back.

"It's a loser," Deutsch repeated.