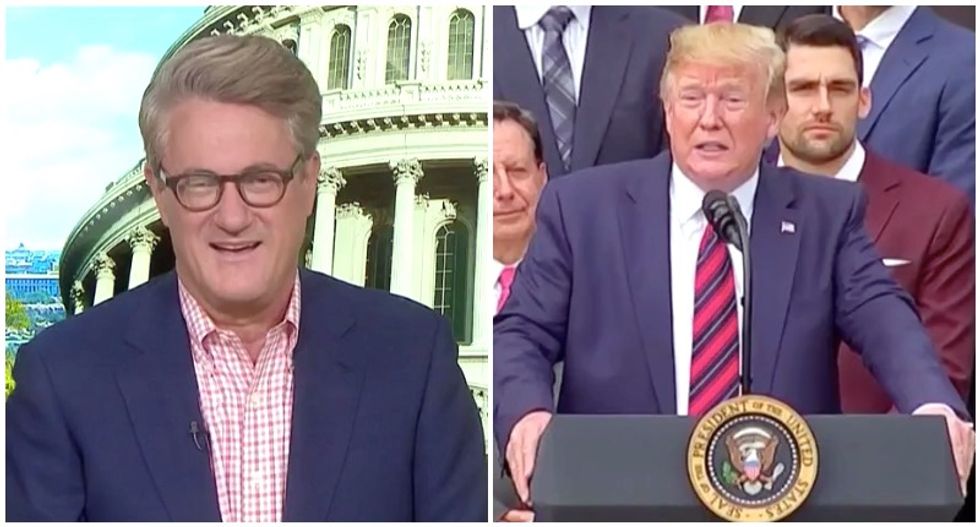 "Feels like they're finally getting on track," Lemire said. "We talked last week about a clubhouse divide, about the Red Sox going to the White House, and so far, all they've done is won since visiting the Oval Office, so we're looking forward to the tweet from the president taking credit."

A little more than an hour later, that's exactly what the president did.

Scarborough and Lemire ridiculed Trump for claiming credit for the win streak.

"As we predicted a short time ago, President Trump has just tweeted some breaking news here," Lemire said, and then read the tweet to viewers. "Whether the president got that idea from us or not, I give us a little credit in anticipating what he would do here. There's nothing more that Donald Trump likes to do than take credit for someone else's success."

Scarborough was certain that Trump was watching the episode, where they joked about Trump making the team's first baseman the Homeland Security secretary.

"What do you mean whether, you know he watches the show," Scarborough said. "So we were just sort of lobbing that softball out for him to take credit for the Red Sox. Of course, Mitch Moreland, who was just on fire all weekend. When he tweets about Moreland being acting DHS secretary, then we will know he's getting all the information from you, but the Red Sox did have a remarkable weekend."