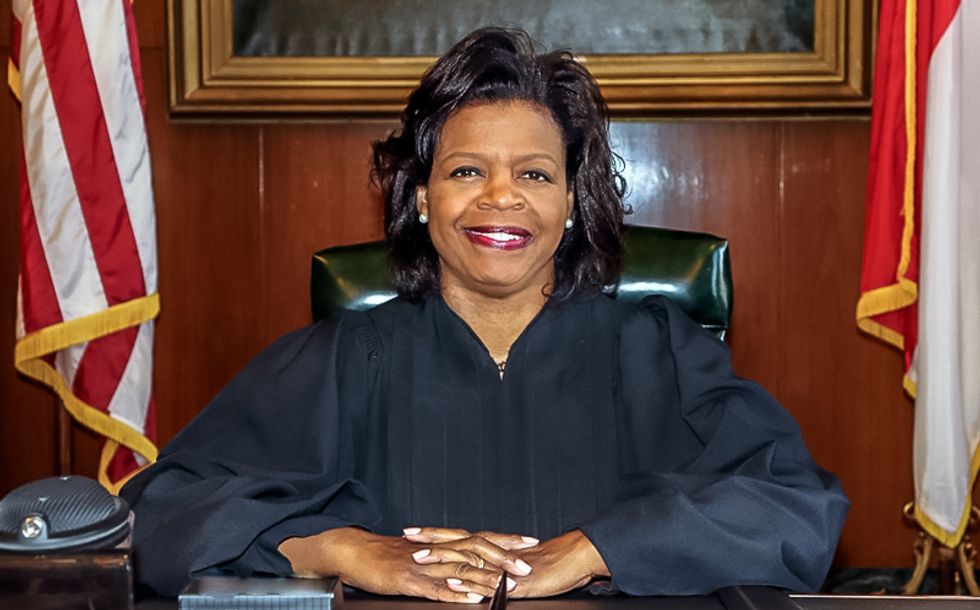 North Carolina's first black woman to become supreme court justice has come under fire by Republicans because she is expected to strike down gerrymandered districts in the state by 2020.

On Wednesday, Justice Cheri Beasley's office revealed that Republicans have moved to drastically cut her funding.

"With these cuts to our staff, the chief justice would be the only appellate judge in the state with a single law clerk," Chief of Staff Anna Stearns explained to WUNC. "It would severely limit the work she can do to modernize our courts and bring about desperately needed reforms."

WUNC reporter Jeff Tiberii revealed on Twitter that half of the existing staff would be cut under the Republican plan.

From COS Anna Stearns: “With these cuts to our staff, the Chief Justice would be the only appellate judge in the st… https://t.co/atd6rGmuul
— Jeff Tiberii (@Jeff Tiberii) 1559161590.0

IF reductions become law the staff of the chief justice would be the smallest of any CJ in at least a decade, per A… https://t.co/MhVcMgh4Eu
— Jeff Tiberii (@Jeff Tiberii) 1559161627.0

Spokesperson for Phil Berger said lawmakers working on the budget believed that the positions were still vacant, an… https://t.co/8dWKq095Ti
— Jeff Tiberii (@Jeff Tiberii) 1559161661.0

Stephen Miller, a writer for DailyKos, argued that Republicans in the Legislature are punishing Beasley for her expected decision overturning gerrymandered districts.