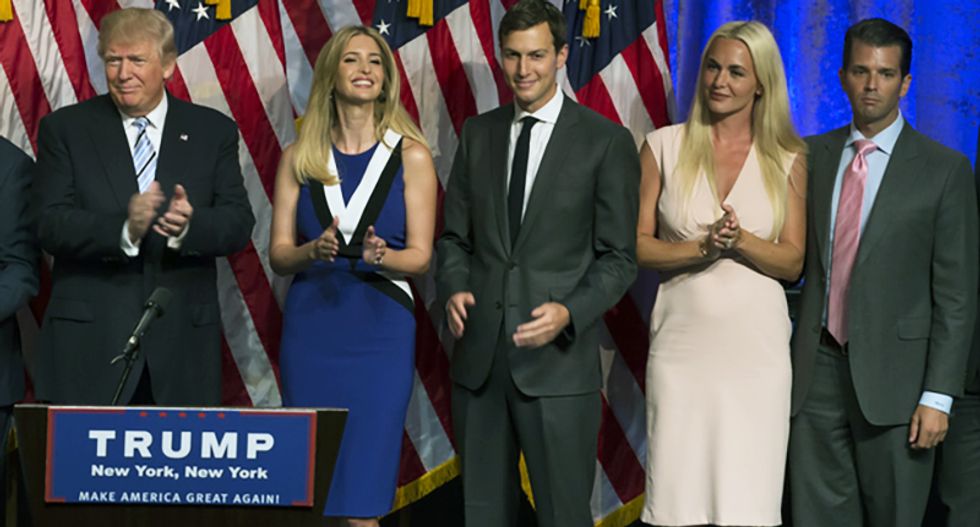 Republicans are up in arms about the actions of one of their own. What did he do to elicit such wrath? He dared to issue a subpoena to Donald Trump Jr.

Senate Intelligence Committee Chair Richard Burr (R-NC) sent the subpoena as part of the panel’s continuing investigation of Russian interference in the 2016 election. This should hardly be surprising — Trump Jr. makes multiple appearances at key points in Special Counsel Robert Mueller’s report on the Russia investigation. On at least two occasions, it appears that Mueller weighed charging Trump Jr. with crimes, but decided against it. And Trump Jr.’s testimony to Congress appears to have been misleading, if not outright perjury, especially in light of Michael Cohen’s revelations about his own lies to lawmakers regarding the negotiations in 2016 by the Trump Organization to build a tower in Moscow.

But Burr’s decision to send the subpoena has caused an uproar among Republicans. They’ve been doing their best to sweep the Mueller report — including its damning revelations about the president — under the rug. Senate Majority Leader Mitch McConnell gave a speech declaring “case closed” on the matter.

Now, the head of Senate Intelligence seems to be undermining that narrative.

Sen. Rand Paul (R-KY) and House Minority Leader Kevin McCarthy have spoken out against the subpoena. And as the New York Times documented, there appears to have been a covert pressure campaign to induce Sen. Thom Tillis (R-NC), a close Burr ally, to convince the committee chair to back down.

Fox Nation Host David Webb slammed the subpoena on Friday, saying: “Why doesn’t Richard Burr just come out as a Democrat? Let’s call it what it is.”

Not everyone is against Burr, though. Behind closed doors, Sen. Marco Rubio (R-FL) defended Burr to fellow Republicans, according to the Times.

“Our focus is different than Mueller,” Rubio reportedly said. “We’re focused on counterintelligence and intelligence.”

There are many reasons the Senate may have to want to pursue questioning of Trump Jr. Important questions remain  that were unaddressed by Mueller. And, it should be noted, it appears that Trump Jr. never actually sat down with Mueller himself — so there should be absolutely no reason for him not to be asked to clarify incidents described in the report before the committee. And ultimately, he has the right to refuse — he can invoke his Fifth Amendment right to self-incrimination if he so chooses.

The demand that he be left alone, then, is entirely vacuous. Perhaps a subpoena slightly bad optics for a GOP that is trying to put Mueller in the past, but lawmakers have duties above and beyond what is good optics. More fundamentally, it seems that, as Webb suggested, loyalty not just to Trump but his family is becoming a core tenet of what Republicans must adhere to. The GOP base had become so entangled with the Trump family that you can’t even make any sorts of reasonable demands on them, even in the name of national security. That’s why the GOP has nothing to say about Ivanka Trump and Jared Kushner working in the White House, undermining nepotism laws, and apparently receiving security clearances only through special treatment. And that’s why they’re insisting Trump Jr. must be handled with kid gloves.