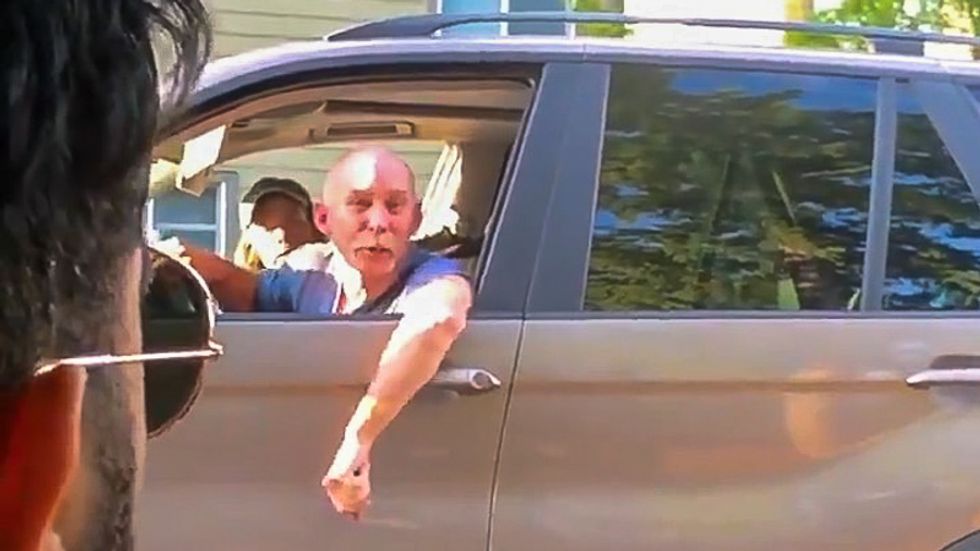 A Los Angeles man captured video of another man calling him racist names.

In a Twitter post, Sahil Saini said that he had a confrontation with a man who was angry over a traffic dispute.

According to Saini, the man tailgated him for miles before a confrontation occurred, which was recorded on video.

In the video, a white couple in a BMW is seen complaining about Saini's driving.

"F*ck you," the BMW driver says before yelling at the woman in his own passenger seat to "shut up."

"Are you that f*cking stupid that you race through a parking lot?" the man continues. "Go back to your country where you come from you dumb sand n****r."

The video, which was posted by Saini on Friday, had been viewed nearly half a million times by Monday.