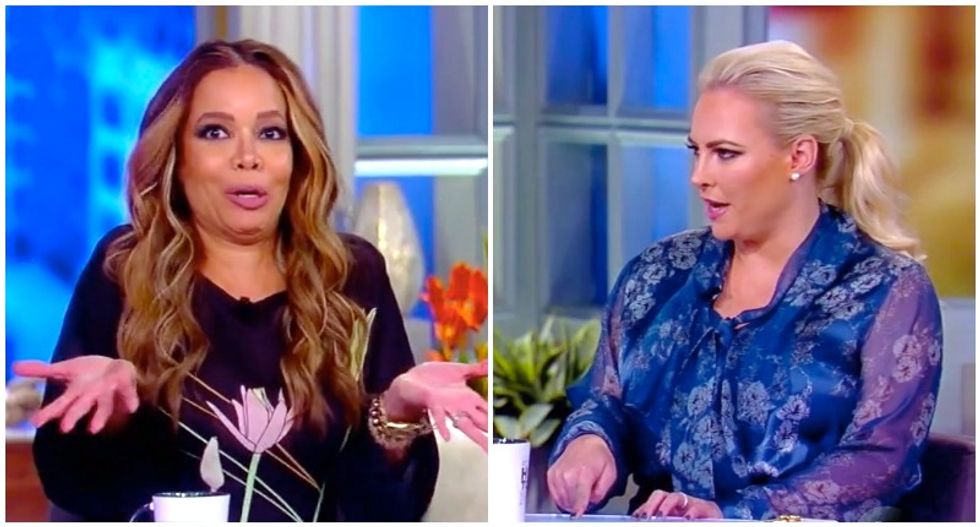 The president's son was issued a subpoena by Sen. Richard Burr (R-NC) to come back and explain his apparently inaccurate previous testimony before congressional investigators, and McCain was confused by the development.

She suspected the president's eldest son would not be prepared to face tough questions in public.

"You have to think about how insulated he is," McCain said. "He pretty much only does interviews with people who are like-minded, people on Fox. He's in circles where he's, like, a beloved figure. It will be interesting to see someone who is insulated as a beloved figure be forced to testify."

"Is he beloved?" Hostin said.

McCain said that the president's supporters loved him, but Hostin still wasn't seeing it.

Co-host Joy Behar said she'd love to see Trump's children forced to testify, but she wasn't sure if she could trust the Republican Burr's motives.

Host Whoopi Goldberg said a subpoena against the president's son was a big deal, although the Trump administration has been ignoring other orders to turn over documents and witnesses to congressional investigators.

"Doesn't that mean you have to (comply) or go to jail?" McCain said.

Goldberg said she'd have to ask Treasury Secretary Steve Mnuchin, who's disobeying a law requiring him to turn over Trump's tax returns to House Ways and Means Committee.