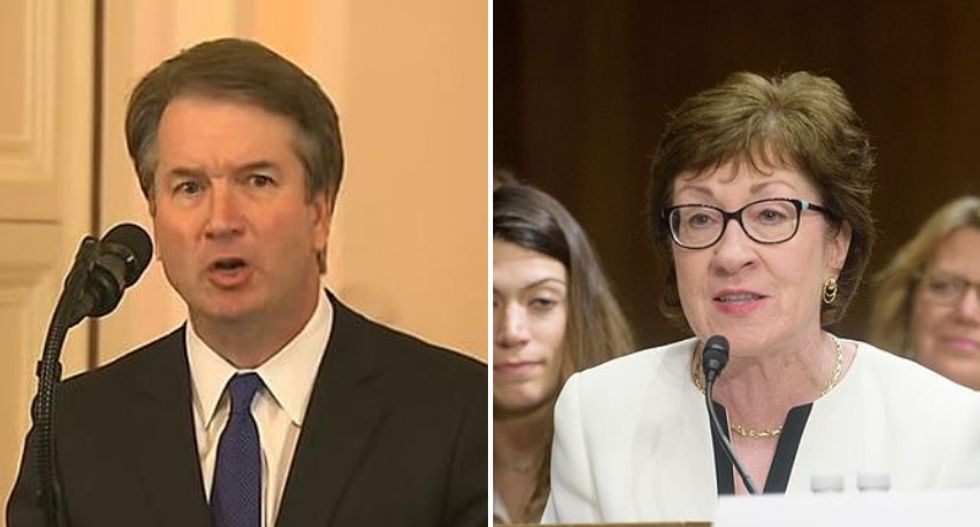 According to recent polling out of Maine -- as noted by Sun Journal journalist Steve Collins -- the approval numbers for Sen. Susan Collins (R-ME) have plummeted drastically since she cast one of the deciding votes for Supreme Court Justice Brett Kavanaugh over the wishes of her constituents.

In a series of tweets, journalist Collins highlighted the embattled senator's precipitous decline in popularity as she faces a 2020 re-election campaign that could see her ousted.

As the writer points out, "New Critical Insights poll finds @SenatorCollins losing ground in Maine. In same poll, she went from 58% approval last spring to 51% in the fall to 41% now. "

In a continuing series of tweets, he compares the senator's number with how other politicians are faring, including President Donald Trump, adding: "Only 34% of Maine voters approve of Donald Trump, down from 41% last fall."

According to Paul Domine, who headed the poll, Collins' slide coincided with her Kavanaugh vote when she assured voters the controversial judge would not seek to overturn Roe v. Wade -- despite his conservative background.

Journalist Collins' does point out that Mike Shepherd of the Bangor News claims the Critical Insights polling might be an outlier -- compared to other polling within the state.

@SenatorCollins The guy in charge of the poll speculates the slip is due to Collins' pro-Kavanaugh vote last fall. https://t.co/eeXvp4l8ev
— Steve Collins (@Steve Collins)1559319981.0