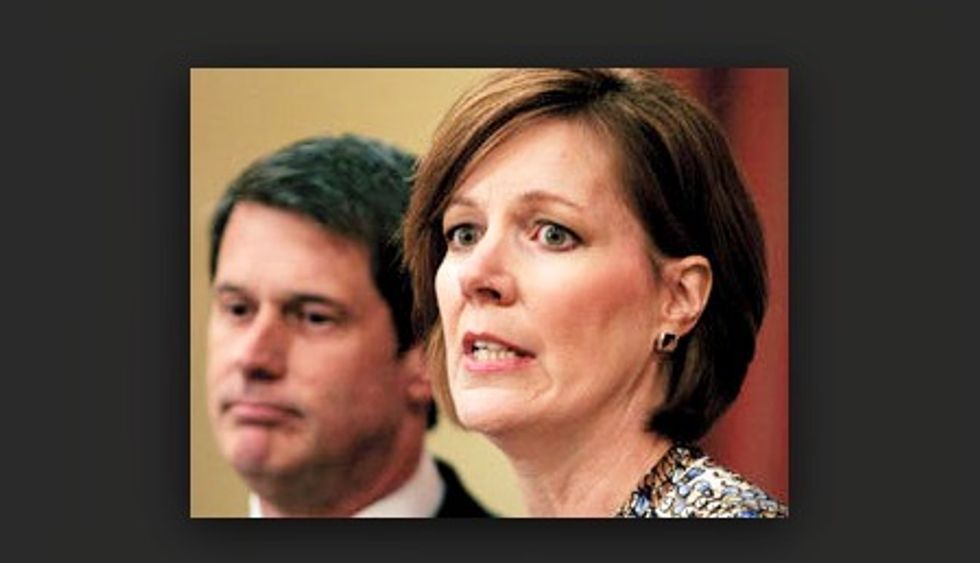 Senate Republicans have just confirmed Wendy Vitter, a highly controversial anti-abortion activist, to a lifetime appointment on the federal bench in Louisiana.

During her confirmation hearing Vitter refused to say if she believes the U.S. Supreme Court case that codified the concept that "separate but equal" is not equal, was decided correctly. Ironically, perhaps, the 65th anniversary of Brown v. Board of Education is Friday.

Vitter is more commonly known as being the wife of former GOP Senator David Vitter, and standing beside him in 2007 as he confessed to having been caught in a prostitution scandal.

Before that, as Louisiana's The Advocate reports, Wendy Vitter "proclaimed to reporters in 2000 while responding President Bill Clinton’s affair scandal that she would be 'a lot more like Lorena Bobbitt than Hillary,' referring to the Virginia woman who infamously severed her husband’s penis in 1993."

The Advocate also notes that the American Bar Association "rated Vitter as 'qualified' but with a mark noting that the 15-member judicial panel wasn't unanimous in that assessment and at least a minority of the group found her to be unqualified."