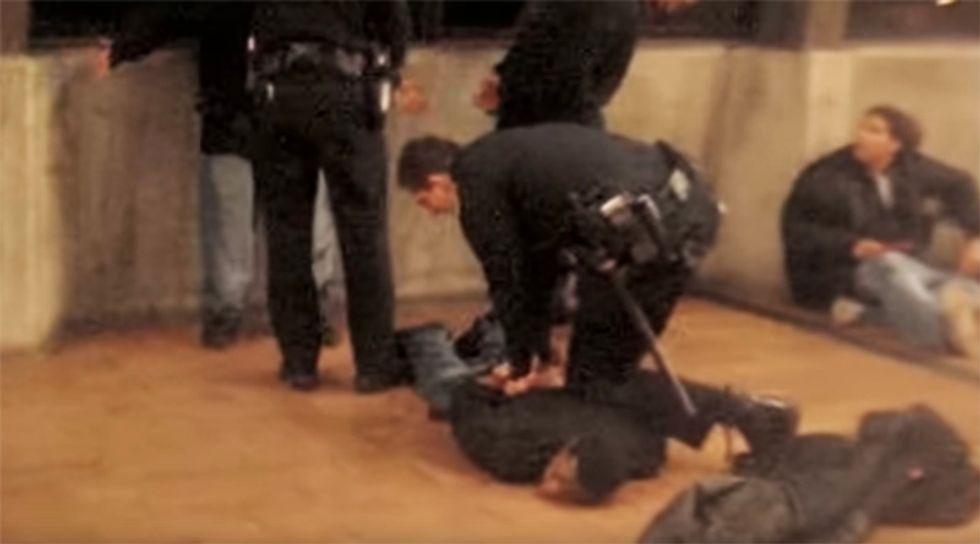 According to a newly released report, a BART officer involved in the 2009 shooting death of Oscar Grant at the Fruitvale train station in Oakland was directly responsible for "instigating the events and escalating tensions" during the incident that inspired protests over police brutality.

KION reports, "The 10-year-old report -- recently released thanks to a new California police transparency law -- says that Bay Area Rapid Transit Officer Anthony Pirone 'started a cascade of events that ultimately led to the shooting of Grant,' and that he then lied about those events in an effort to put his own 'actions and conduct in a more favorable light'."

The shooting, which inspired the 2013 film "Fruitvale Station" occurred on New Year's Day and  was captured on cellphones leading to outrage across the country.

The KION report notes, "Pirone hit Grant and used profanity and the N-word during the incident, the report says, and later lied to investigators about Grant's actions, claiming he hit Pirone's partner and kicked Pirone in the groin," adding, "Pirone's account was directly contradicted by video evidence reviewed by investigators."

While a jury found Johannes Mehserle, the officer who shot Grant, guilty of involuntary manslaughter, the report states that Pirone was "responsible for setting the events in motion that created a chaotic and tense situation on the platform, setting the stage, even if inadvertent, for the shooting of Oscar Grant."

Pirone was reportedly fired after investigators turned in their final report.

You can also watch video of the incident below: