Royal family to meet Trump amid his disgusting, creepy lie about Princess Diana 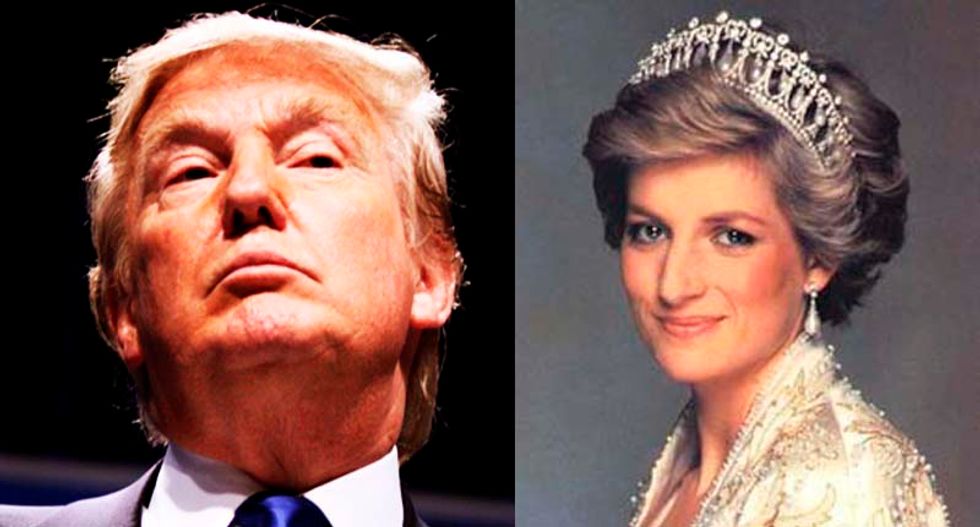 President Donald Trump heads to London this week with his entire family. He'll be meeting with the royal family, including Princes William and Harry. But Trump has an unfortunate history that will make things a little awkward when he meets Princess Diana's children.

Last year, when Harry was getting married, there were rumors that former President Barack Obama might be invited to the wedding because he's become friends with Harry. Trump, however, would not be invited, so there were multiple media stories about the awkwardness. If Obama was invited and Trump was not, it might be seen as an international snubbing.

But things got worse when a 1997 interview with Trump surfaced recently. Just after "The People's Princess" was killed, Trump claimed that Diana had been attracted to him, The Express recalled.

According to Trump, he could have "nailed" her if he wanted.

Friends of Princess Diana say that she was concerned that Trump was actually "stalking her."

“I think I could have," Trump said, obviously not observing the kind of men Diana was interested in at the time had a more svelte physique.

Just days after Trump meets with Prime Minister Theresa May, she will step down as her party's top leader. Trump also has had a difficult time with the English royals in the past. He struggled walking between the guards with Her Majesty the Queen, walking in front of her and blocking her view. She was forced to walk around his hefty stature awkwardly.