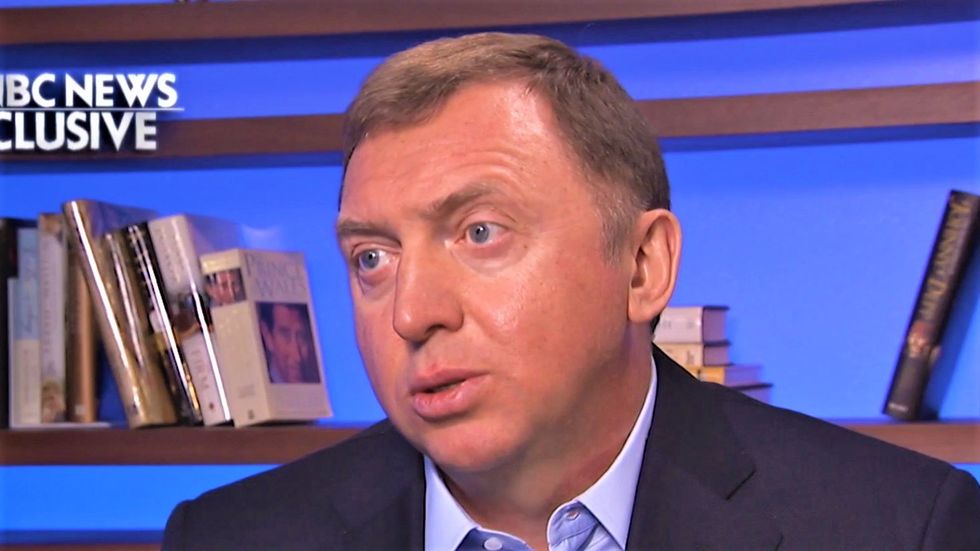 Russian aluminum magnate Oleg Deripaska told NBC News this week that special counsel Robert Mueller had requested that he hand over "truckloads" worth of documents -- but he ultimately refused to comply.

As explained by NBC News international correspondent Keir Simmons, Mueller wanted to get to the bottom of Deripaska's financial relationship with former Trump campaign chairman Paul Manafort, who was deeply in debt to the Russian business tycoon when he agreed to work without pay for the Trump campaign.

"He says that what Mueller asked for was 'three to four huge truckloads of documents,'" Simmons explained. "He said that legally there was no way he was going to be able to present that information."

According to Mueller's report, Manafort regularly gave internal Trump campaign polling data to Ukrainian national Konstantin Kilimnik, whom the FBI believes has ties to Russian intelligence, with the expectation that data would be then given to Deripaska.

In his interview with Simmons, Deripaska denied that he ever received such data, and he claimed that seeing Manafort working as the chairman of Trump's campaign was "not a very pleasant surprise."